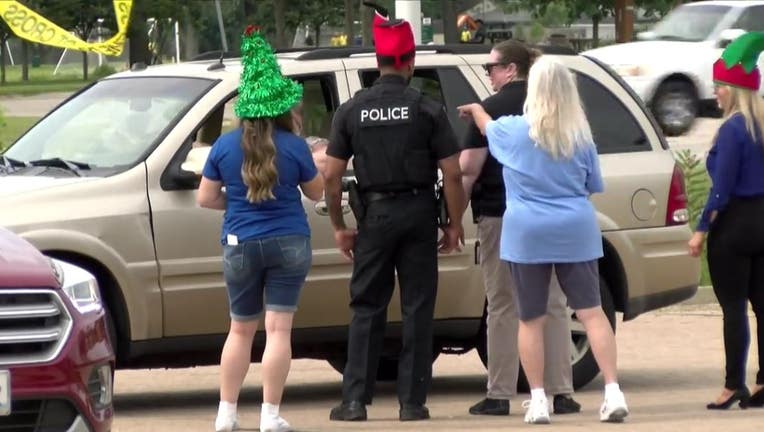 Members of the public dropped off basic toiletries including toothbrushes, toothpaste, soap and shampoo.

Police said that part of the goal was just to raise awareness.

"Normally in the summertime, our domestic violence calls rise, and this is just another opportunity to make people aware that we as police officers are aware of what they're going through," said Aurora Police Officer William Whitfield. "We want them to know there are resources out there to help protect them and get them out of the situations they are in."

The drive was done in partnership with Mutual Ground, which helps victims and families in the Aurora area.

This was the first time that Aurora Police have hosted this donation drive, but they plan to do it again.

Aurora is looking at tougher illegal firework restrictions after getting complaints during the long Fourth of July weekend.