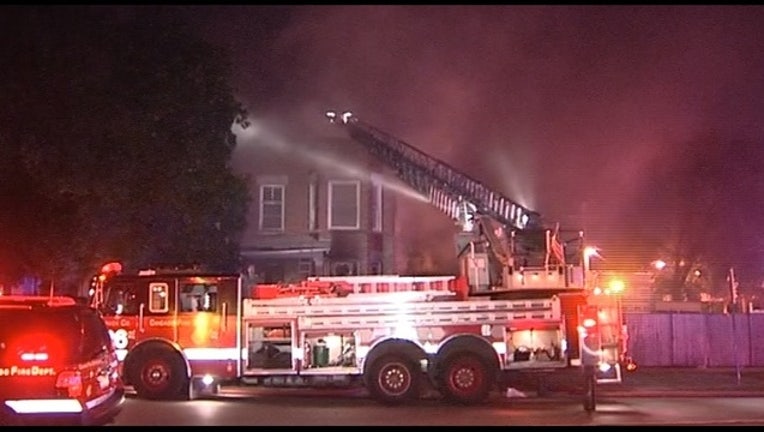 CHICAGO (Sun Times Media Wire) - Authorities are conducting an arson investigation Wednesday morning after a man said someone threw something in his window and started a fire in his West Garfield Park neighborhood home.

Firefighters responded to the blaze about 1:50 a.m. at the two-flat building in the 4100 block of West Maypole, according to Chicago Police.

No one was injured in the blaze, but a man told investigators that he saw someone throw something in a window, causing the fire, police said.

Police said the origin of the fire was thought to be suspicious in nature and the blaze was being investigated as an arson.