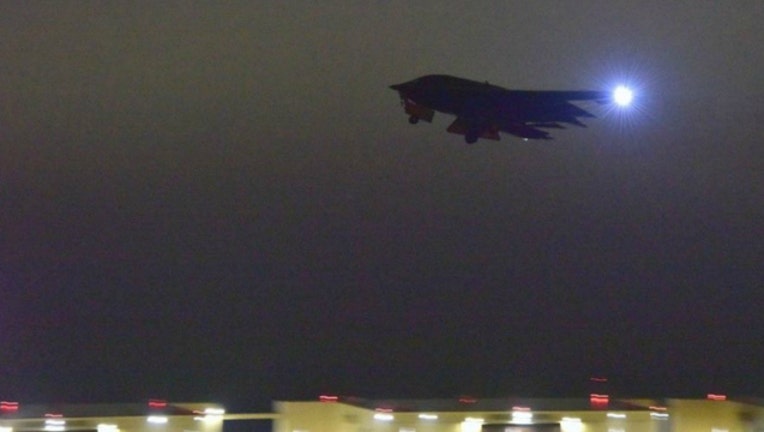 FOX NEWS - A pair of B-2 "stealth" bombers blasted two ISIS training camps in Libya on Wednesday evening, dropping 108 precision-guided bombs and sending jihadists scattering -- many of whom were then "cleaned up" by drone-launched hellfire missiles, U.S. defense officials told Fox News.

The assault killed an estimated 85 terrorists at the camps, which were about 30 miles southwest of the Libyan coastal city of Sirte.

President Obama authorized the action. Most of the terrorists targeted had escaped Sirte after extensive military actions there.

U.S. drones "cleaned up" the operation by launching hellfire missiles that killed a several of ISIS fighters trying to run to safety.

Immediately prior to the attack, the militants were seen in formation carrying weapons and mortars and wearing tactical vests.