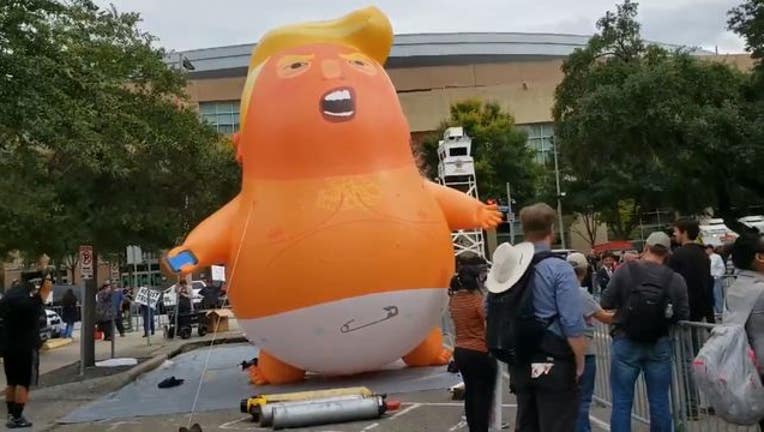 Balloon depicting President Trump as a baby appears outside the Toyota Center where the president will hold a 'Make America Great Again' rally.

HOUSTON (FOX 26) - A balloon depicting President Donald Trump as a baby has appeared in Houston ahead of the "Make America Great Again” rally Monday evening.

The balloon went up outside the Toyota Center as thousands of supporters awaited the rally and protestors gathered nearby.

With two weeks to go until the midterm elections, President Trump is set to rally his supporters in Houston Monday evening, and give a boost to Sen. Ted Cruz's re-election campaign.

A "Baby Trump" balloon previously appeared in London in July during the president's visit.