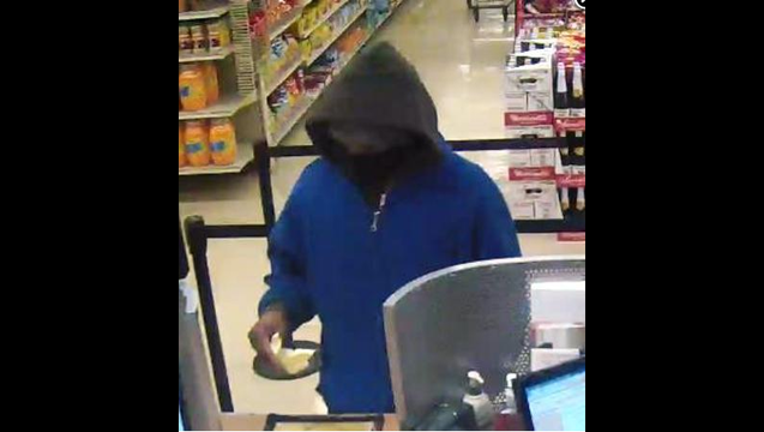 The suspect robbed the TCF Bank branch inside a Jewel at 8801 Ridgeland Ave., according to FBI spokesman Garrett Croon.

The man, who did not show a gun, then ran got away on 87th Street in a vehicle, thought to be an SUV, with a female driver, Croon said.

The suspect is described as a black man about 5-foot-7 and 160 pounds, police said. He was wearing a bright blue jacket and black winter mask.

The FBI is offering a reward for information leading to the arrest of the suspect. Those with information should call the FBI at (312) 421-6700.

There have been three bank robberies in 2017.