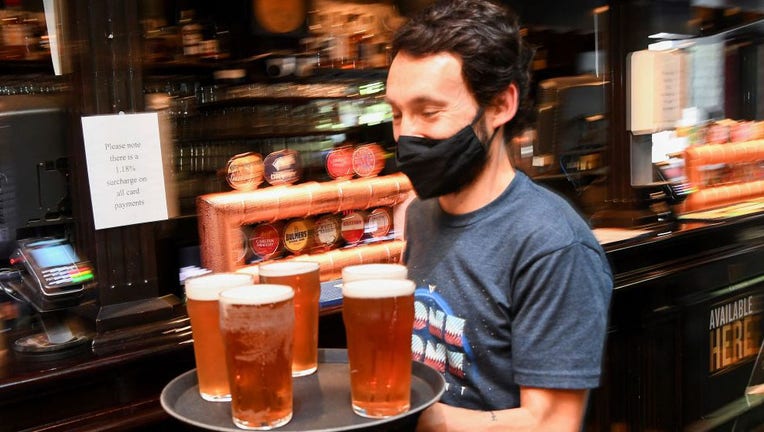 FILE-A customer carries a tray of beer to his table. (Photo by WILLIAM WEST/AFP via Getty Images)

Prices for many products have been rising over the past year, but one product in particular may see a sharp increase due to recent events. While Russia's invasion of Ukraine has caused many people to boycott Russian vodka, the conflict may also have an impact on beer drinkers as well.

Barley, one of the key ingredients in making beer, is heavily produced in Ukraine, WISN reports. The region is often called the "breadbasket of Europe" due to the high amount of grain grown in the area.

Jim McGreevy, president and CEO of The Beer Institute, spoke with news outlets about the situation.

"Ukraine accounts for about 20% of beer’s usage of barley," he said. "It’s one of the top five global producers of barley, so brewers, particularly at a global level, will be watching the supply and price of barley."

It's unclear what impact this will have on the price of beer, however. Major brewers, like Molson Coors, have reportedly been able to absorb the higher costs while keeping the price the same for consumers.

Some smaller brewers, however, have had to make adjustments.

Paul Johnson, bartender at St. Paul Fish Company in Wisconsin, spoke with WISN about how the rise in the cost of goods may impact prices at the bar.

"Like maybe 50 cents a glass on beer. Maybe a dollar on call drinks and stuff like that. But nothing too crazy," he explained.

LINK: Get updates on this story from FOXbusiness.com