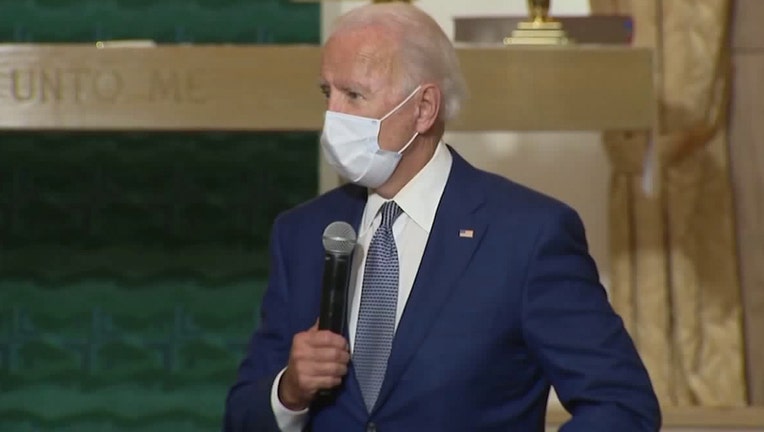 Former Vice President Joe Biden used an unfortunate choice of words Thursday while visiting Kenosha, Wis. in the aftermath of the police shooting of Jacob Blake.

Biden's speech aimed at addressing racial unrest veered into talking about inequities in taxes at one point. He stopped himself from laying out his tax policy in detail, saying if he goes on any longer "they'll shoot me."

The Democratic nominee, who has been prone to gaffes, billed his first trip to Wisconsin during the 2020 campaign as a moment for healing in the wake of racial unrest and violence.

He met with community leaders at Kenosha's Grace Lutheran Church and listened to their concerns on topics like economic inequality, restoring faith in policing, criminal justice reform and improving education.

Biden also visited the family of Blake, a 29-year-old Black man whose shooting by police last month set off another round of protests and in, some instances, riots and violence in Wisconsin and elsewhere.

President Trump visited Wisconsin earlier this week but didn't meet with Blake's family. Instead, he centered his message on supporting police and rebuilding damaged businesses.

Biden said he's seeking common ground that Trump is incapable of reaching with “law and order” rhetoric and repeated refusals to acknowledge racism in America.

“I can’t say if tomorrow God made me president, I can’t guarantee you everything gets solved in four years,” Biden said. But “it would be a whole better, we’d get a whole lot further down the road” if Trump isn’t re-elected.