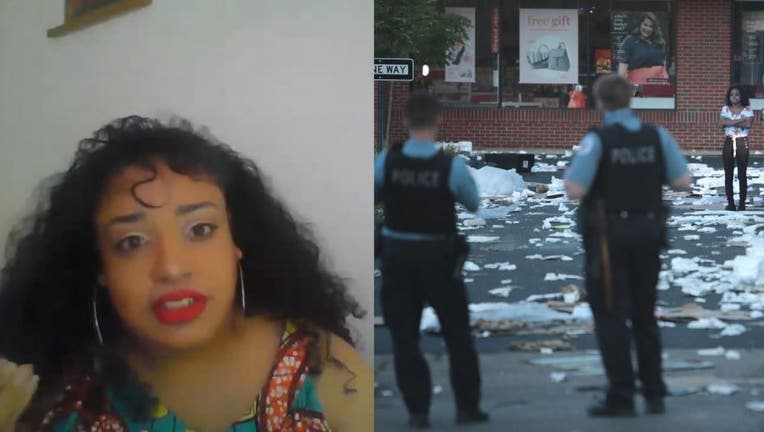 While not outwardly dismissing the looting and property damage, Pulley acknowledged it doesn't help address the problem of police brutality.

“I think the goal of the preoccupation around property damage and looting specifically, along the Mag Mile and in the heart of the city’s commerce center, works to distract away from the actual cause of the outrage, the important thing is to intervene and remind people what the causal incident was and continues to be,” Pulley told Fox News in an exclusive interview.

The unrest was prompted by a social media post urging people to converge on Chicago’s business district after police shot a young Black man on the South Side around 2:30 p.m. Sunday.

Officers had responded to a call about a man with a gun in the Englewood neighborhood. While being pursued by police, the man, Latrell Allen, “turned and fired shots” at officers before being struck himself and taken to a local hospital, Deputy Chief Delonda Tally told Fox 32 Chicago. 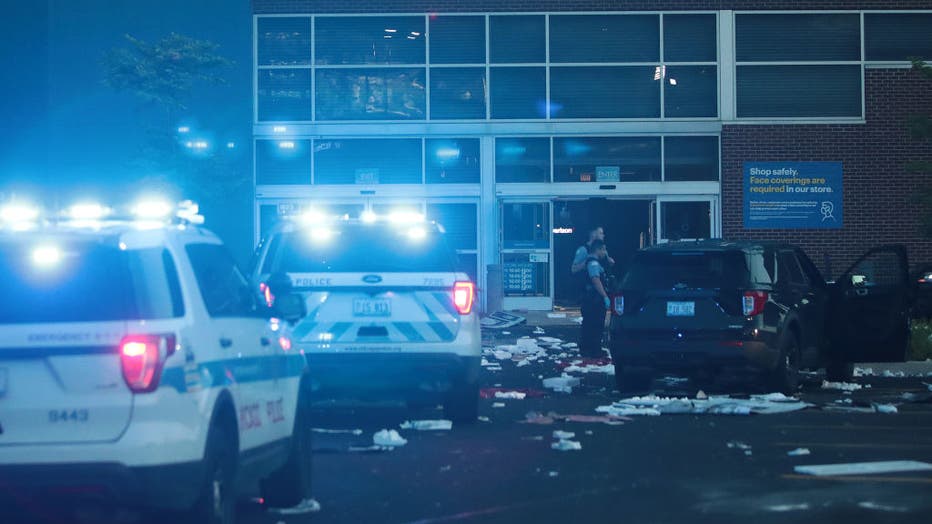 Pulley lays the blame at the feet of Lightfoot, who unlike other local officials around the country, has not enacted calls to defund the police department's budget.

"The refusal to enact any meaningful change will mean that we will have continued instances like this….the way to resolve that is to actually address the root problems, it’s not with Target, its not with Macy’s or the gold coast Cartier....we can draw links certainly to what gets prioritized, but the root problem is that policing is the absolute same in this city," says Pulley.

Pulley added: "There’s been no significant decreases in the budget for CPD [Chicago Police Department], there hasn’t even been a promise to decrease the budget for CPD, we’ve seen other mayors across the country work with city councils to enact change, that has not occurred here.”

Lightfoot, on the other hand, took the opposite approach, adopting a strong tone in response to the looting in the heart of the Windy City.

Lightfoot to looters: ‘We’re coming for you’

Speaking at a press conference on Monday, she excoriated those who destroy property.

"There is no justification for criminal behavior ever. You have no right, no right to take and destroy the property of others. Our residents deserve to be safe. Our businesses deserve to understand and enjoy safety and security of their property and in our employees and our police officers deserve to be able to do their job without having to worry about shots being fired, projectiles being thrown and being maced. This is not anywhere near acceptable."

'ANYTHING THEY WANTED TO TAKE, THEY CAN TAKE': BLM THROWS SUPPORT BEHIND CHICAGO LOOTERS AFTER $60M IN DAMAGES

Around 12:20 a.m. Monday, hundreds of people descended on downtown Chicago, smashing the windows of businesses, and making off with merchandise, cash machines and whatever else they could carry, police said.

By morning, the city had raised its bridges across the Chicago River to prevent more unrest. Illinois state police had blocked off some expressway ramps into downtown, while CTA [chicago transit authority} had suspended train and bus services. Access was restored later in the day.

BLM Chicago, however, has no plans to stop demonstrating. The looting and vandalism is not preventing organizers from making their voices heard. Asked by Fox News if the peaceful protests can continue with property destruction concurrently taking place in the form of looting and vandalism, Pulley offered a full-throated affirmation.

"Remaining in the streets in terms of organizing, in terms of protest, marching and rallying should continue and will continue, we will continue to have unrest, intercommunal violence and these things until the root causes are resolved."