Former Chicago Blackhawks player Kyle Beach says in the midst of everything after his sexual assault, some players stood by his side.

CHICAGO - Blackhawks Chairman Rocky Wirtz was asked at a town hall meeting Wednesday night about the aftermath of the Kyle Beach sexual assault scandal and what the team has done to ensure it doesn't happen again.

His response created a firestorm.

"I don't think it's any of your business," said Wirtz to a reporter during the town hall. "You don't work for the company. If someone in the company asked that question, we'll answer it. And I think you should get on to the next subject. We're not going to talk about Kyle Beach. We're not going to talk about anything that happened. Now, we're moving on. What more do I have to say? You want to keep asking the same question to hear the same answer?"

Phillip Thompson of the Chicago Tribune followed up with a similar question about the aftermath of the sexual assault scandal later on during the town hall, and got shot down — again. 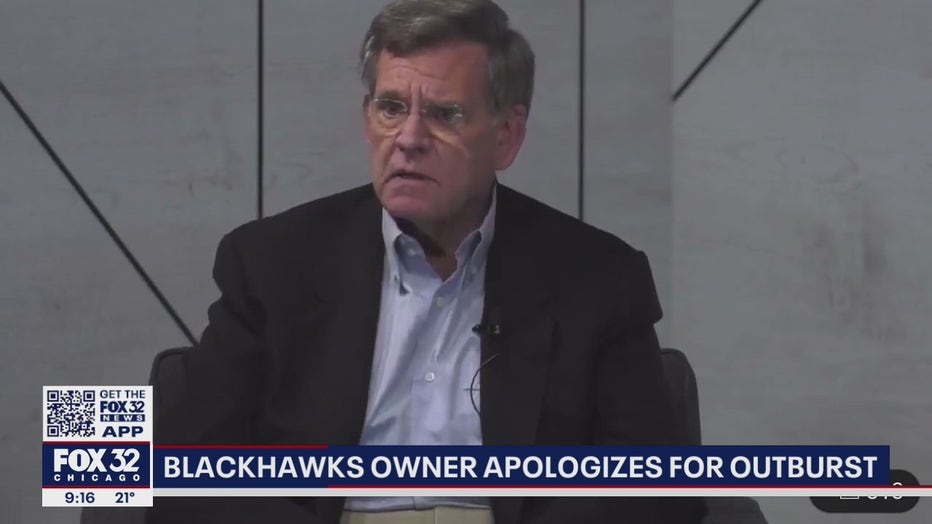 Late Wednesday night, the Blackhawks issued a statement from Wirtz, where he apologized for crossing the line, saying in part, "I want to apologize to the fans and to those reporters, and I regret that my response overshadowed the great work this organization is doing to move forward."

Thompson told FOX 32 that he got an email from Wirtz apologizing for his testy response.

But why the reaction?

Thompson believes that it is difficult for the Blackhawks to see their previously stellar reputation take a hit.

Danny Wirtz told Thompson that the Blackhawks have created a mental health department and have implemented mechanisms that will ensure any reports of non-compliance are investigated immediately.