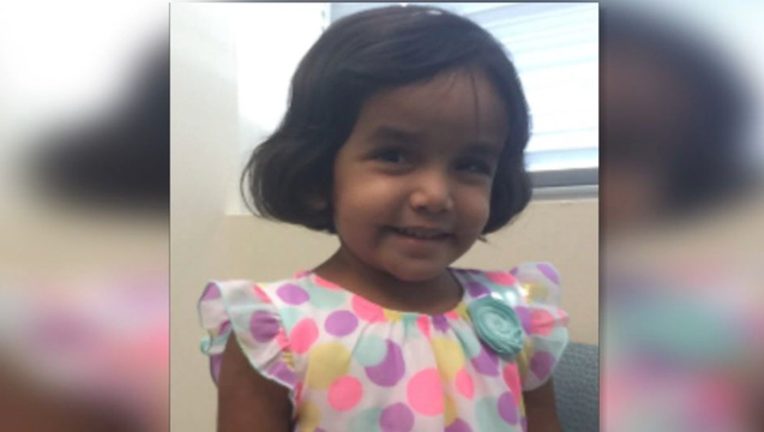 Authorities in Richardson, Texas, said Sunday they believe they have found the body of Sherin Mathews, the adopted 3-year-old girl who disappeared in the early hours of Oct. 7.

The Richardson Police Department said investigators discovered a body around 11 a.m. Sunday in a culvert beneath a road and believe it to be Mathews; however, police won’t identify the body until there is a positive identification by proper officials.

The location where the body was found is close to the Mathews’ home, according to Dallas News.

Mathews, who has a developmental disability, vanished two weeks ago after her father, Wesley Mathews, left her outside at 3 a.m. in an alleyway — allegedly frequented by coyotes — because she didn’t drink her milk.