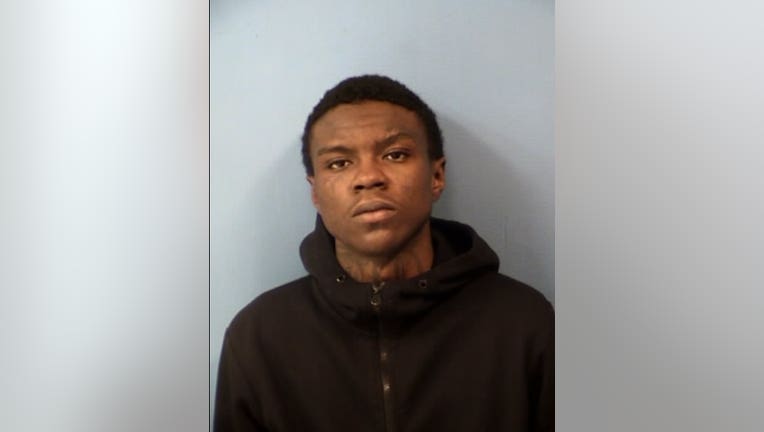 VILLA PARK, Ill. - Bond was denied for one of two Cook County men accused of robbing an elderly woman at gunpoint in a Villa Park Walmart parking lot and then leading police on a high-speed chase.

Jarquez Jones, 18, had a bond hearing Friday morning where a judge denied him bond.

The bond hearing for Jones’ alleged accomplice, Sincere Harrington, 19, is scheduled for Monday.

Both men have been charged with armed robbery and fleeing and eluding police. Harrington is currently out on bond/probation on Unlawful Use of a Weapon charges out of Cook County.

Police say on Dec. 5 around 12:48 p.m., officers with the Villa Park Police Department responded to a call of a person in a car with a gun near IL Route 83 and Riverside Drive.

As officers arrived at the scene, they saw the suspected vehicle allegedly drive over the grass and exit the Walmart parking lot southbound on Route 83.

Officers activated their lights and sirens and initiated pursuit. Following the pursuit, which allegedly reached speeds of approximately 90 mph on I-290 and required the assistance of a Chicago Police Department helicopter, Harrington and Jones abandoned the vehicle and were taken into custody in Chicago.

Jones was found in a garbage bin and Harrington was taken into custody following a brief foot pursuit.

Officers found two guns at the scene, a .45 caliber Glock 30 and a 9 mm Glock 17, approximately one hundred yards from where the defendants’ vehicle came to rest. The Glock 17 was altered to allow it to fire as a fully automatic weapon.

The DuPage State's Attorney's Office say the defendants drove up to an elderly woman in the parking lot of the Walmart as she was loading her car with groceries. The driver of the vehicle pointed a gun at the woman and stole her purse.

"It is alleged that in the middle of the afternoon in a crowded parking lot these defendants robbed an elderly woman at gunpoint," DuPage County State’s Attorney Robert Berlin said. "We are now in the heart of the holiday shopping season and the quick apprehension of the defendants in this case highlights DuPage County’s commitment to our businesses and their patrons that we will most certainly not tolerate this type of violent behavior."

Jones’ arraignment is scheduled for Dec. 21.