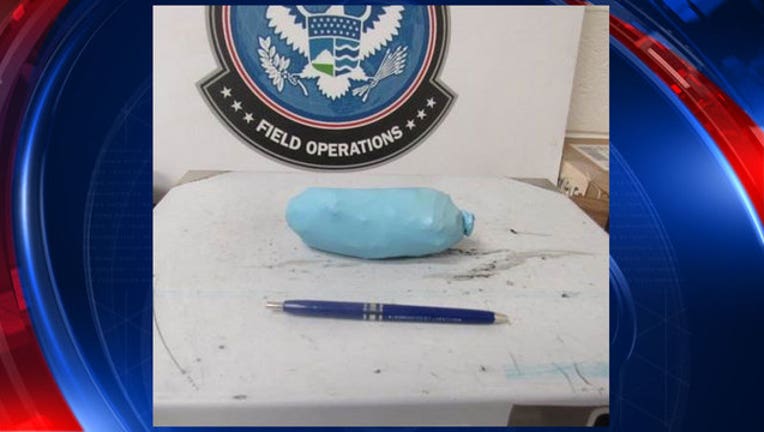 CBP officials say the 28-year-old female attempted to enter the U.S. via the pedestrian lane on Thursday morning. A CBP narcotics detection canine alerted officers to the presence of drugs and when questioned, the woman admitted she had narcotics concealed inside her vagina.

The methamphetamine weighed nearly four ounces and has a $700 street value, according to authorities.

“The concealment of narcotics inside the body is an extremely dangerous method often attempted by smugglers,” said John Schwamm, San Luis Port Director.  “It can be instantly fatal should the narcotics seep through the packaging and be absorbed into the body.”

Officers seized the drugs and arrested the woman for narcotics smuggling. She was turned over to U.S. Immigration and Customs Enforcement’s Homeland Security Investigations.

The woman's name was not released.