Austin Berg, vice president of marketing at the Illinois Policy Institute, talks about the impact of police misconduct settlements on the wallets of Chicago taxpayers.

CHICAGO - A Black woman who settled with the city of Chicago for nearly $3 million after she was handcuffed while naked by police officers during a botched raid of her home says "there’s no amount of money that will right this wrong" and that changes are needed to the Chicago Police Department.

Anjanette Young, who sued the city after the 2019 raid, said the city council’s approval last month of the $2.9 million settlement has not changed her life and she’s still struggling with what happened to her.

Young, a social worker, was getting ready for bed in February 2019 when several officers serving a search warrant stormed into her apartment and handcuffed her while she was naked. The city’s law department said Young was naked for 16 seconds but the covering officers put on her kept falling off before she was allowed to get dressed several minutes later.

Young said during an interview that aired Friday on "CBS Mornings" that the officers ignored her, including as she repeatedly told them they were at the wrong address.

"What stands out to me the most is that I was invisible to them. Because no one even responded to me, saying `Yes, you can get dressed later’ or `Let us finish this.’ They just totally ignored me while I’m standing there nude," she said in the interview, which was recorded Thursday. 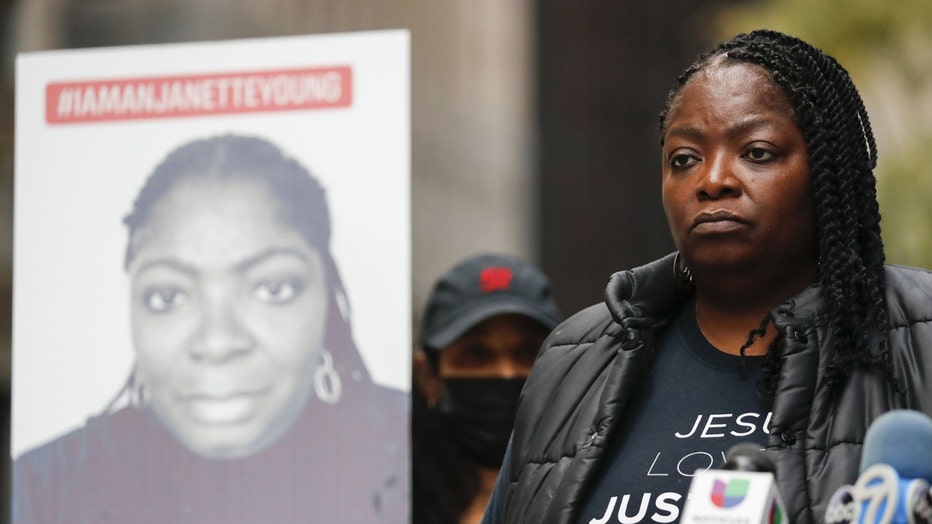 The botched raid and the city’s handling of it prompted anger from clergy, lawmakers and civil rights activists who decried it as racist and an affront to a Black woman’s dignity.

Though the incident happened before Mayor Lori Lightfoot took office in May 2019, her administration later tried to block the video from airing on television and rejected Young’s Freedom of Information request to obtain video of the incident. Young later obtained it through her lawsuit.

Lightfoot also came under fire for her response to the incident after emails revealed that she knew of the raid more than a year before she said she learned about it in December 2020.

And earlier this month, the city’s inspector general’s office in a quarterly report said that its investigation "uncovered a troubling series of unfounded statements" made by Lightfoot’s administration and others.

Young said her financial settlement with the city has not changed her life because she’s always enjoyed living a simple life. She added that, "I would have been more satisfied if all 12 officers had got fired and I didn’t receive a dime."

She said she feels validated that last year Chicago’s police oversight agency noted nearly 100 allegations of misconduct by about a dozen officers following the botched raid. And in a report released in November, the Civilian Office of Police Accountability recommended eight officers involved in the raid be suspended or fired.

Young said Chicago police have "done this to other families, primarily in the Black and brown communities" and that what happened to her does not happen in the city’s white communities. She said the city’s police department needs changes.

But, she said, "There’s no amount of money that will right this wrong."