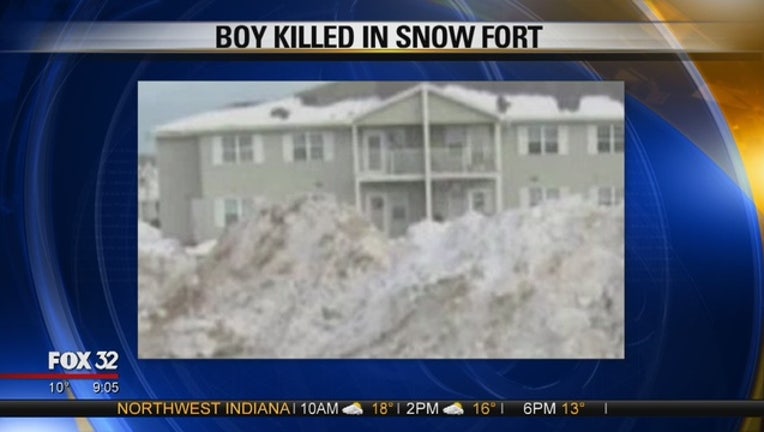 GREENWICH, N.Y. (AP) — Police say a 12-year-old New York boy who was playing in a snowbank with a friend has died after being buried in snow.

Greenwich-Cambridge Police Chief George Bell says the boys were playing in a snow fort while a Department of Public Works truck was plowing the area around the same time Tuesday.

It's unclear whether the plow buried the boys or if their snow fort collapsed.

Bell says a K-9 found one boy's sled after they were reported missing around 5 p.m.

A shoveling crew freed the first boy, who was unresponsive. He was rushed to Saratoga Hospital, where he was pronounced dead shortly after 10 p.m.

The second boy was found about an hour later. He was conscious and alert.