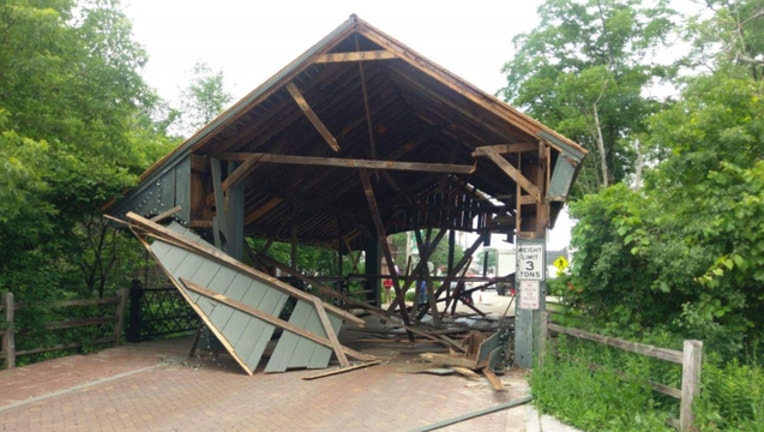 LONG GROVE, Ill. (AP) - A one-lane bridge in a Chicago suburb that dates back to the early 1900s has been severely damaged by a truck just over two weeks after it was added to the National Register of Historic Places.

The Lake Zurich Courier reports the Lake County sheriff's office says a witness reported a Chicago truck driver failed to stop before attempting to cross the bridge in Long Grove on Wednesday afternoon, despite warning signs that forbid large trucks and buses.

No one was injured. The driver was cited.

Village officials had debated whether to maintain the bridge over Buffalo Creek or replace it with a larger structure. The discussion prompted a historical society and business association to pursue the federal designation. It was added to the Historic Places list June 11.