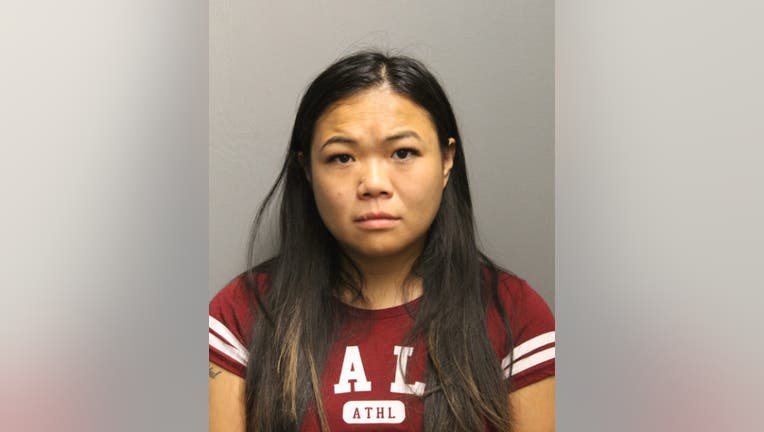 CHICAGO - A Bridgeport woman is charged with carjacking a 22-year-old man and robbing a 36-year-old man on Chicago's Southwest Side.

Ellen San, 32, faces one felony count of aggravated vehicular hijacking with a firearm and one misdemeanor count of theft.

Chicago police identified San as one of the suspects who allegedly carjacked a 22-year-old man by force on Sunday in the 5800 block of South Pulaski.

Additionally, police said that personal belongings of a 36-year-old man were also taken during the incident.

Chicago police are warning rideshare drivers about a series of recent carjackings on the South Side.

No other information was made available by police.