BROOKFIELD, Ill. - A tiger at the Brookfield Zoo has tested positive for COVID-19.

Dr. Mike Adkesson, who is the vice president of clinical medicine for the Chicago Zoological Society, which manages Brookfield Zoo, says Malena’s prognosis is good "based on the illness in big cats at other zoos."

"Malena is an older tiger and therefore at an elevated risk. However, she’s in good health and her symptoms have been relatively minor. We are optimistic she will make a full recovery." 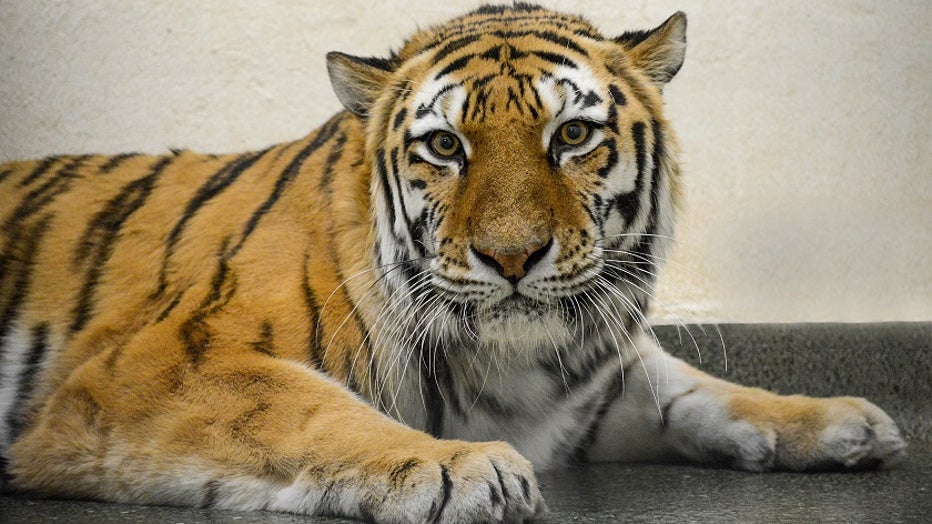 Zoo officials say similar symptoms have also developed in some other cat species at the Brookfield Zoo. Additional testing is being done on those animals.

"Currently, all animals experiencing COVID symptoms are recovering and doing well," the zoo said in a statement.

Malena, along with other high-risk animals at the zoo, received their first dose of the coronavirus vaccine in September.

"Having had one dose of the animal vaccine, it’s reasonable to expect that Malena’s immune system was partially primed to combat the virus, and therefore the severity of her illness has been decreased," Dr. Adkesson said.

The source of the COVID infection is unknown, zoo officials said.