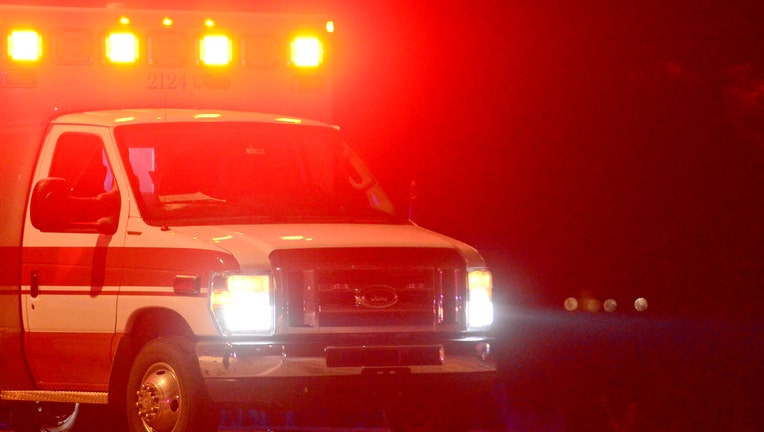 The lights of an ambulance are shown in a file photo. (Matt Jonas/Digital First Media/Boulder Daily Camera via Getty Images)

BERWYN, Ill. - A brother and his 28-year-old sister died in a high-speed crash that wrapped their vehicle around a pole in Berwyn in the western suburbs.

They were in a northbound car about 12:10 a.m. on Harlem Avenue and struck a vehicle turning from 16th Street, Cimaglia said. Their car then struck a light pole.

It’s still unknown why they were speeding or how fast they were going, he said.

The 26-year-old male driver was killed on impact, and his sister in the rear seat later died at a hospital, Cimaglia said.

They were identified as Jose and Jennifer Soto of Back of the Yards on the South Side, the Cook County medical examiner’s office said.

The driver’s brother, who was in the front seat, required surgery. A cousin in the rear seat also needed emergency care. The driver of the turning vehicle was uninjured.

"This was a huge, tragic accident," Cimaglia said.