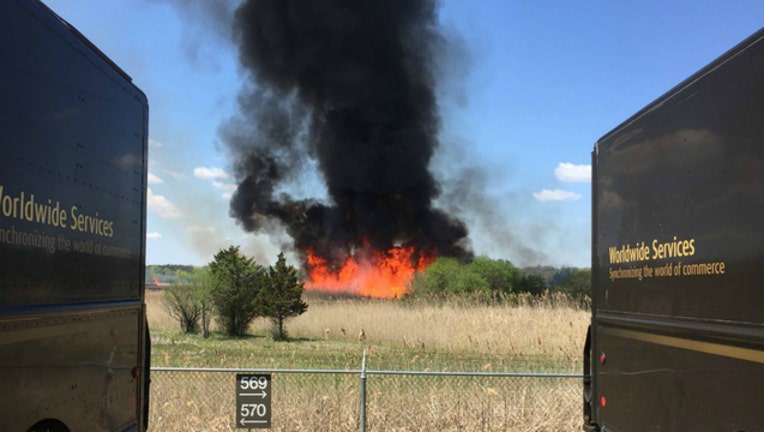 Emergency crews battle a brush fire that ended up burning about 50 acres of grassland and marshland March 15 at the Deer Grove East Forest Preserve in Palatine. | Palatine Fire Department

PALATINE (Sun-Times Media Wire) - No one was hurt in a brush fire that burned about 50 acres of land before firefighters could put it out Wednesday in northwest suburban Palatine.

The fire was first reported at 10:46 a.m. in the northwest corner of the Deer Grove East Forest Preserve near Dee Lane and Preserve Drive, according to a statement from the Palatine Fire Department.

The first crews arrived within four minutes and started attacking the blaze with hand tools, but a south-southwest wind caused the fire to grow rapidly, officials said. Crews were able to stop its spread downwind, but the blaze started to move south along high, dry grasses toward the forest preserve’s bike trails.

More than 25 firefighters and three engines worked to extinguish the fire, which was under control by 2:09 p.m., the fire department said. The fire appeared to be accidental in nature and ended up burning approximately 50 acres of grassland and marshland.