"On NYE my nonprofit, 'Save Money Save Life,' was tragically robbed of our entire donation inventory," said Mensa.

Mensa believes it was an inside job.

Someone loaded up a truck at the former Overton Elementary School on East 49th street in Bronzeville.

"We have a clear picture of who may have done it," said Mensa.

Mensa housed clothes, backpacks and tennis shoes for his nonprofit giveaways at the location in Bronzeville because it was cheaper than paying thousands of dollars at a storage facility.

Chicago police confirmed a witness saw someone go into a building about 9 p.m. Dec. 31 in the 200 block of 49th Street and take "a large amount of shoes from inside." 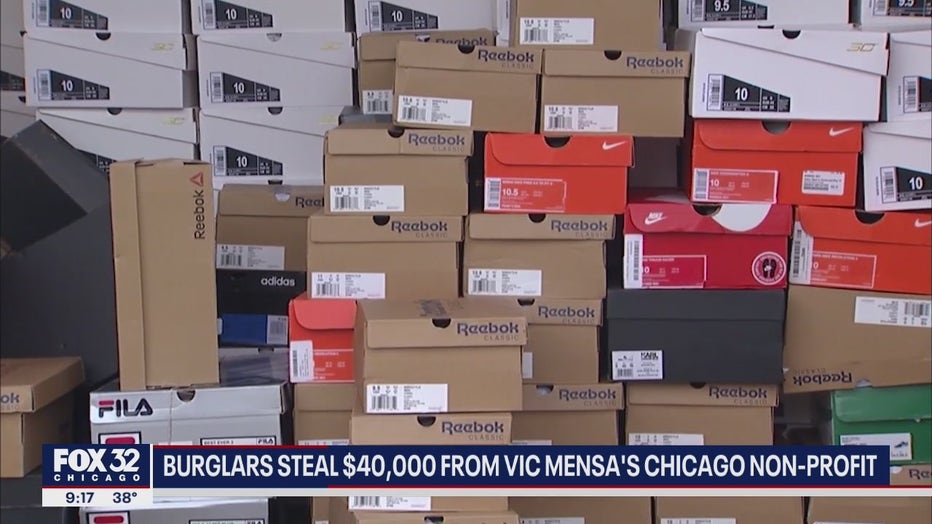 "Thousands of pairs of shoes, winter coats, sleeping bags, different supplies that we donate to the homeless in the winter, PPE you name it," said Mensa.

Not much is left, just a few first-aid kits, soap and warming supplies for the homeless.

"We donated 15,000 pairs of shoes when we did the first event, and we’ve been stacking up sneakers to donate for the second event. That’s one of the primary things we lost," said Mensa.

Area One detectives are investigating the burglary.

If you would like to donate to Mensa’s nonprofit, you can do so at savemoneysavelife.org