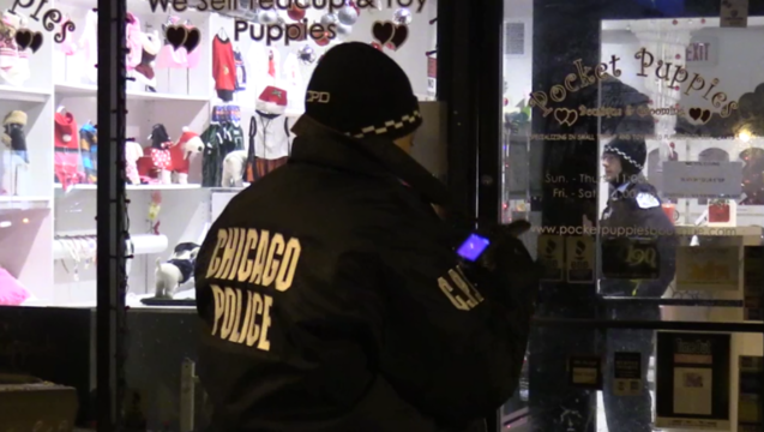 CHICAGO (SUN TIMES MEDIA WIRE) - A puppy store was burglarized Sunday night in the Lincoln Park neighborhood on the North Side.

Officers responded to a burglar alarm at 10:48 p.m. at Pocket Puppies, 2479 N. Clark St., and found a door open and a lock box missing, Chicago Police said. An unknown amount of cash was stolen.

No puppies were stolen, a police source said.