The seemingly unstoppable rise of Bitcoin continued with the cost of a single unit of the digital currency rising above $50,000 for the first time.

Chipotle will be giving away $100,000 in free burritos and $100,000 in Bitcoin to celebrate National Burrito Day on April 1 to the winners of their interactive game, "Burritos or Bitcoin."

The popular Mexican fast-food franchise has assured consumers the promotion is not an April Fool’s Day joke, according to a company news release.

Chipotle and Stephan Thomas, a programmer and CEO of Coil, will be partnering to launch the interactive game on April 1, which will give players a chance to win either a free burrito or between $500-$25,000 in bitcoin.

RELATED: Feds to auction part of a Bitcoin in rare online auction

The game will be a mock rescue mission of the unfortunate incident involving Thomas back in January, when he lost the password for his IronKey hard drive, which contained the keys to a digital wallet with 7,002 bitcoin — that’s $260 million worth.

"It's not like I barely don't remember it," Thomas told NBC's "Today" show back in January. "It's there's no chance of remembering something that complicated from 10 years ago."

The hard drive gives users 10 guesses to remember their password before the content is lost forever. Thomas has used eight of those 10 attempts and come up empty every time. 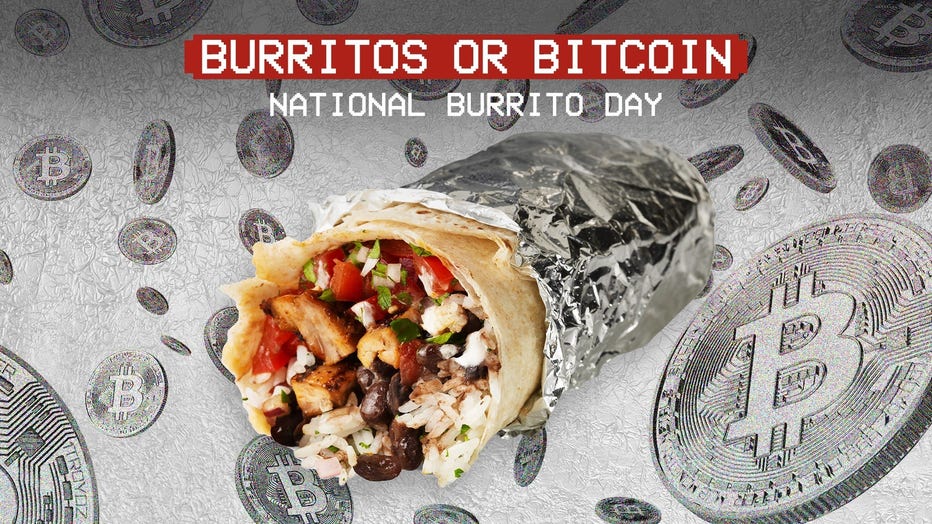 "A painful memory. I hope others can learn from my mistakes," Thomas tweeted in January. "Test your backups regularly to make sure they are still working. An ounce of foresight could have prevented a decade of regret."

Launched in 2009, bitcoin is the world's largest cryptocurrency. Unlike typical currency, bitcoin "is created, distributed, traded and stored with the use of a decentralized ledger system known as a blockchain."

However, its anonymous nature makes it also an impediment for those who have lost or forgotten their password or key.

About 20% of the existing 18.5 million bitcoin are inaccessible because they’re either in "lost or stranded wallets," according to the New York Times, which cites cryptocurrency data firm Chainalysis. As a result, roughly $140 billion in bitcoin has been lost or stranded.

RELATED: NFL player to be paid in bitcoin

In the "Burritos or Bitcoin" interactive game, participants will get at least 10 tries "to guess a valid six-digit code for a chance to win a free burrito or up to $25,000 in Bitcoin. If players are unsuccessful in their ten attempts and endure the same fate as Thomas, they may be surprised and delighted with a special offer from Chipotle," according to a Chipotle news release.

The game officially goes live on April 1 starting at 9 a.m. PT and ends at 6 p.m. PT the same day.

The prizes will break down as follows:

"National Burrito Day is a huge moment for Chipotle as our fans traditionally flock to our restaurants and digital platforms to order their favorites," said Chris Brandt, Chipotle chief marketing officer. "We're always looking for unique ways to enhance the celebration, and this year, we're giving fans the opportunity to acquire two highly valuable assets: Burritos or Bitcoin."