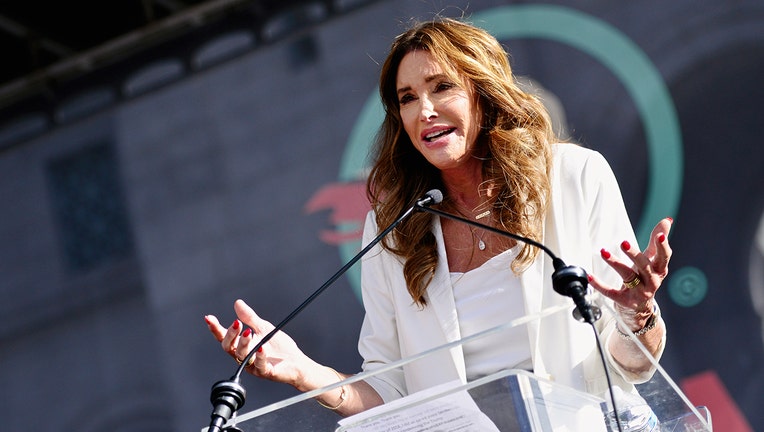 NEW YORK - FOX News Media announced Thursday the company has signed Caitlyn Jenner as a contributor to the network.

"Caitlyn’s story is an inspiration to us all," CEO Suzanne Scott said in a statement. "She is a trailblazer in the LGBTQ+ community and her illustrious career spans a variety of fields that will be a tremendous asset for our audience."

According to FOX News, Jenner will provide analysis across Fox News platforms, beginning with an appearance on Thursday’s edition of "Hannity."

"I am humbled by this unique opportunity to speak directly to FOX News Media’s millions of viewers about a range of issues that are important to the American people," Jenner said.

Fox 11 Los Angeles' "The Issue Is" with Elex Michaelson interviewed Republican candidate for governor Caitlyn Jenner. She laughed and said it was easier for her to come out as transgender than telling her family she was a Republican. She discussed her policy ideas if she were to be elected and why she wanted to run in the first place.

Jenner has been an outspoken member of the Republican party. She ran as a replacement candidate in the 2021 California gubernatorial recall election, running to replace governor Gavin Newsom.

But Jenner has been in the public eye for decades as an American media personality and retired Olympian.

She became a household name during the 1976 Summer Olympic Games in Montreal by capturing the gold medal and setting a world record in the decathlon. Jenner, then known as Bruce, came out as transgender and began publicly identifying as a female in 2015.

Jenner has six children, four stepchildren and 20 grandchildren, most of whom played a key role in the popular reality program "Keeping Up with the Kardashians," in which Jenner starred from 2007 to 2021.

Jenner is also no stranger to the FOX family. In 2021, she was revealed as a celebrity on the hit FOX show "The Masked Singer."

"I'm not known for singing, dancing, any of that stuff," Jenner told FOX Los Angeles after being eliminated from the singing competition show. "It is nerve-wracking."