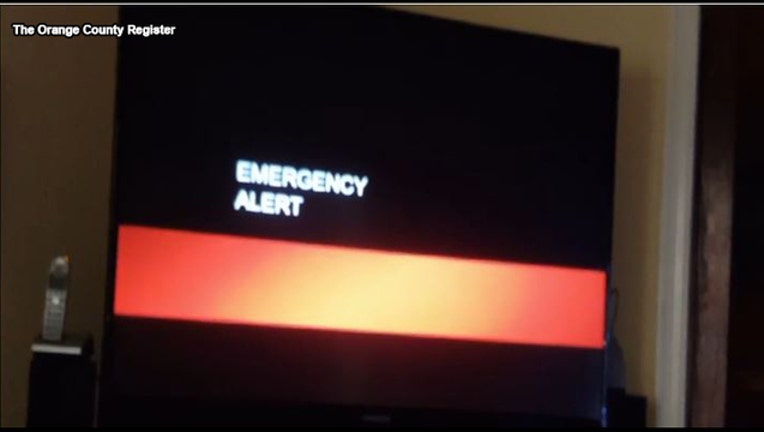 LAKE FOREST, Calif. (FOX 13) - Is today the end of the world? Probably not, but a TV station in Southern California managed to scare many viewers into thinking there could be an attack on the United States.

The Orange County Register reports, several cable TV stations broadcast what seemed like a standard test of the emergency alert system, with which many Americans are familiar.

But after the test, an ominous audio message played.

The message is now reported to actually be audio from an evangelical pastor’s television program played over the emergency alert image.

The Washington Post reports the voice seeming to predict the end of days is Pastor Chuck Swindoll quoting from a scripture in the Bible.

A Cox Communications representative told The Washington Post that the whole ordeal was simply a mistake in how the emergency alert test was ended.

The ORC further reported Cox and cable company Spectrum were looking into whether the message was played intentionally, or if it was a mistake.