LOS ANGELES - California Governor Gavin Newsom has called for the temporary closure of all bars and wineries throughout the state. As well as suggested home isolation of everyone 65 and older due to the coronavirus.

After Newsom's news conference calling for all bars to close statewide. FOX 11 wanted to know how patrons and owners felt about the closures-

The restrictions on older Californians is due to the fact that they are the group most at-risk for the disease.

Governor Newsom is calling for all Californians over 65 to isolate themselves inside their homes This drastic move along with many others announced on Sunday. Raises a lot of questions.

In addition, Newsom said all restaurants should reduce capacity by half and provide enough space social distancing.

Finally, Newsom said there would be no more hospital visits unless it was "end of life."

Click here for the latest news on the coronavirus

Also, Los Angeles Mayor Eric Garcetti says all bars in the city would be closing.

"Everything we do right now will determine the outcome of this crisis, and we can save lives if we stay calm, care for one another, and take forceful steps to protect our communities," Garcetti said in a statement Sunday.

"That's why we must follow the guidelines laid out by Gov. Newsom, build on them for local needs, and put the health and safety of the most vulnerable above all else. Los Angeles has weathered enormous challenges before, and our strength and resilience are this City's most powerful assets."

Long Beach Mayor Robert Garcia said his office was working with state officials and other mayors and would be releasing local guidance later related to bars, restaurants, and other state announcements.

Newsom said he realized that these are harsh measures and that isolation is hard, especially when 85 percent of California's school children won't be in school on Monday. 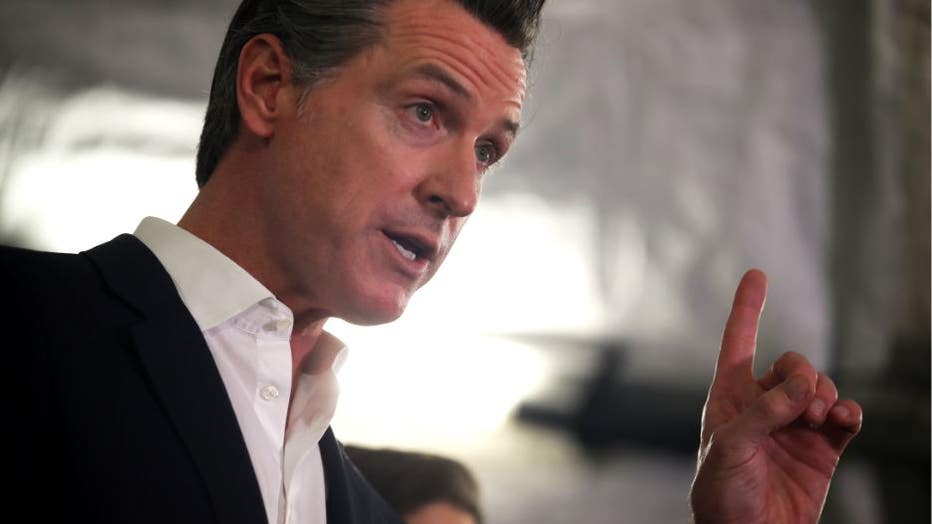 But Newsom said he called for these measures because the public must anticipate the rapid spread of COVID-19, and people need to think about those who are older, chronically ill and homeless. He said California had about 5.3 million people who are 65 or older.

"The most important thing is to focus on the vulnerable and prioritize their safety," Newsom said.

In the question and answer period with reporters, Newsom clarified that he is not ordering the shutdown but he expects his expectations to be upheld.

The exact details of how to deliver meals and pharmaceuticals to seniors are still being worked out, Newsom said, but he said, "this is what we do."

Officials also announced that six people in the state have died of COVID-19, the disease caused by the virus. The number of those confirmed to have been infected in the state rose to 338 Sunday, a 14 percent increase from the prior day.

Absent a national lockdown order, such as ones implemented across the globe in France and Spain, individual U.S. government leaders this weekend began implementing orders for people to stay in the house and for businesses to close or offer restricted services.

When pressed about whether he was prepared to enforce the order, Newsom said he didn't think it would come to that, and expressed confidence that the public, businesses and local governments would follow the directive.

The governor made it clear, however, that he has the authority to enforce the order if necessary.

"We'll exercise the appropriate authority in consultation with the experts, with an eye on public health and public safety," Newsom said. "We are working in concert, day in and day out, with not just our federal partners but other states, looking at best practices around the world. We have teams that are (conducting) a detailed review of what worked and what didn't work in China, worked and didn't work in Singapore, what's going on in Italy, what's not going on, based upon some of the headlines. Same with France, same with Spain, we have people on the ground, literally, ... providing real-time information, we have our legal team ... we're working with the FAA on flights, repatriation ... All this is part of our all-hazards strategies."

Los Angeles County Supervisor Hilda Solis called for calm. "Now is the time for prevention, not panic," Solis said after the governor's announcement. "I urge everyone in Los Angeles County to remain calm as we face the challenge of containing the spread of COVID-19.

I want to reassure everyone that LA County public health officials are working diligently to preserve the public's health."

The political leaders of Los Angeles, Boston, New Jersey, Ohio, and Illinois, to name some, all imposed restrictions on bars and restaurants, cutting capacity and restricting hours.

AP and KTVU 2 contributed to this story