CALUMET CITY, Ill. - The Calumet City clerk is accusing the mayor of bullying her.

Nyota Figgs spoke out about her experience with Mayor Thaddeus Jones on Thursday.

Figgs says this all started after she told the mayor he wasn't following the law by posting meetings publicly.

After that, she says everything went downhill and it's gotten so bad she can't even go into city hall and do her job. 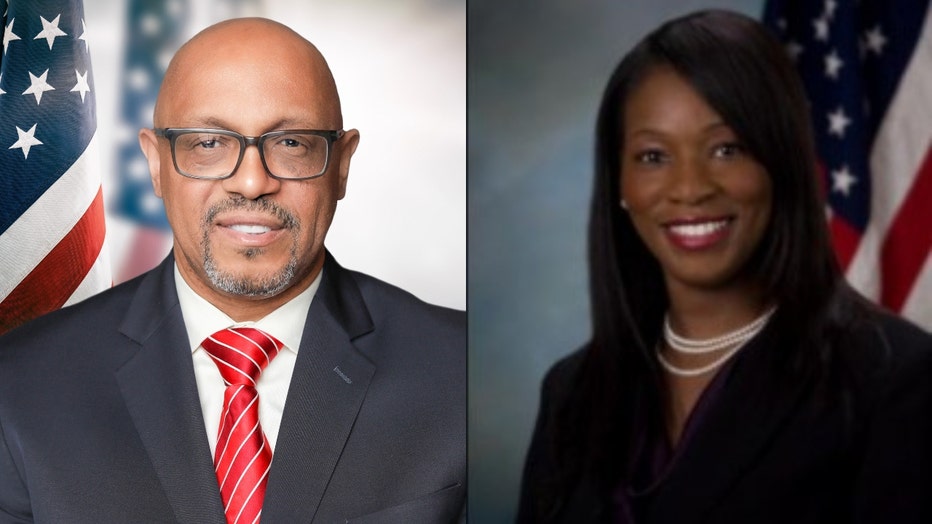 Jones released a lengthy statement in response saying he has not bullied her and that Figgs is disrespecting hundreds of thousands of people who are actual bullying victims.

In a statement, the mayor said Figgs is actually at fault and has made several mistakes including, "losing nearly $3 million of city funds" by mismanaging a federally-funded program.

Jones says his administration is doing a forensic audit of the city clerk's office and will release the results of that soon.

"It is unfortunate that Clerk Figgs has stooped to an enormously low level by disrespecting the hundreds of thousands of women in this country who are victimized through acts of realistic bullying. Clerk Figgs is not being bullied.

Clerk Figgs was stripped of her duties in 2012 by former Mayor Michelle Qualkinbush and Alderman J.R. Patton. They both cited Clerk Figgs as being inept and unaccountable.

Clerk Figgs is paid nearly $200,00 per year (198k) to perform her duties in a credible and responsible fashion. However, during my short tenure as Mayor, Clerk Figgs has made several mistakes including losing nearly 3 million dollars of city funds. This occurred during her mismanagement of a federally funded program concerning parking tickets. This gross mismanagement is unacceptable and unfair to the tax paying citizens of Calumet City.

Clerk Figgs has now refused to perform her duties as witnessed by many at the recent City Council Meeting concerning the passage of the Calumet City Budget. She refused to call the roll when a motion was call to pass the budget.

My administration will soon release the findings from a forensic audit that will detail multiple errors within the office of the Clerk. But again, it was the Qualkinbush Administration that stripped Clerk Figgs of her duties."