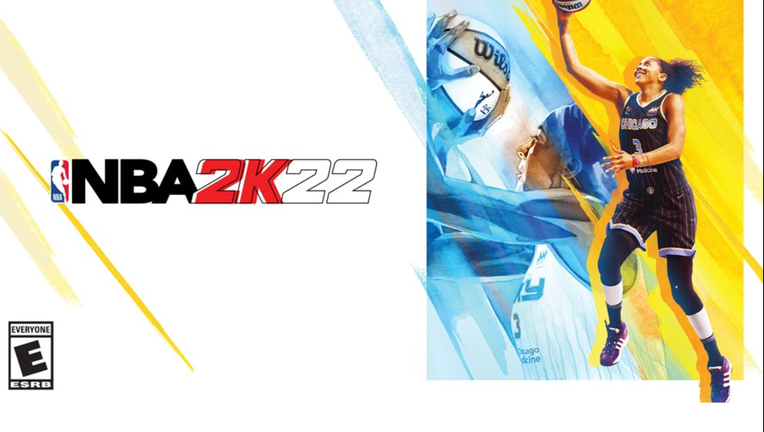 CHICAGO - For the first time ever, one of the faces of NBA 2K is a woman.

Chicago Sky star Candace Parker made history as the first woman to be featured on the cover of the popular NBA 2K video game series on Wednesday. She is on the NBA 2K22 special edition cover honoring the 25th anniversary of the WNBA.

"Extremely proud and humbled to be the first female cover athlete in the history of @NBA2K," Parker posted on Twitter on Wednesday. "I’m honored to work with a company that’s investing in women and betting on us to succeed. I’m hopeful there will be many more badass females to follow."

The 35-year-old, who hails from the Chicago area, is averaging 13.3 points, 8.8 rebounds, and 3.8 assists per game in her first season with the Chicago Sky this year.

Parker's career started at Naperville Central High School, where she was a three-time Ms. Basketball in Illinois. In 2008, she was the No. 1 pick by the Sparks. 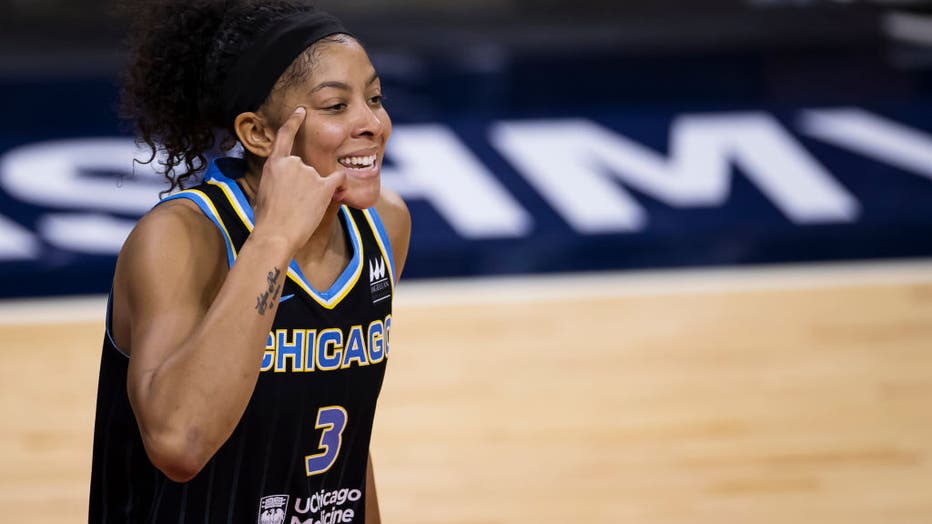 Candace Parker #3 of the Chicago Sky reacts to a play against the Washington Mystics during the first half at Entertainment &amp; Sports Arena on May 15, 2021 in Washington, DC. (Photo by Scott Taetsch/Getty Images)

A two-time WNBA Most Valuable Player and six-time WNBA All-Star, she won the WNBA with the Los Angeles Sparks in 2016, playing the first 13 seasons of her career in L.A. before joining the hometown Chicago Sky this season.

She has also played in Russia, China and Turkey.

CNET reports NBA 2K will be making a special version of the standard edition of 2K22 that features Parker on the cover. It will be sold only through GameStop and EB Games.

Mavericks star Luka Dončić will be the cover athlete for the game's standard edition.