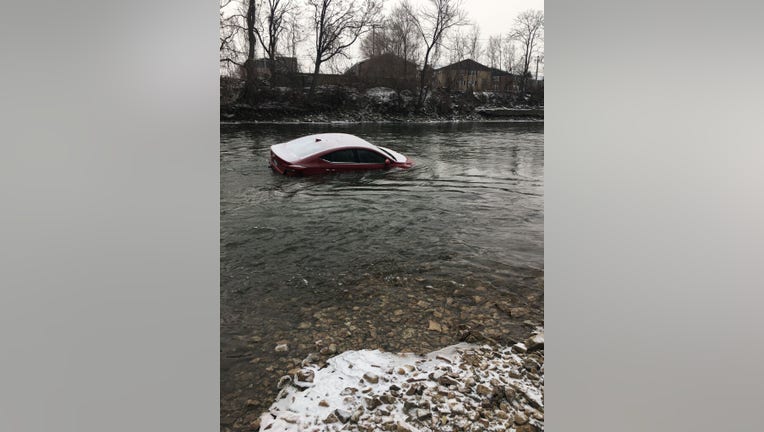 RIVERSIDE, Ill. - A car and a body were found a short distance away from each other Sunday in the Des Plaines River in the western suburbs.

Officers found a red 2017 Hyundai sedan stuck in ice and snow about 8:15 a.m. in a stretch of the river across from 419 Fairbank Rd. in Riverside, Riverside police said. While it wasn’t clear how the car ended up in the river, officers determined it was driven off the rode near Ogden and Lawndale avenues in Lyons.

Nearly five hours later, state police and fire crews found a female body in the water under the Barrypoint Bridge, about half a mile away, police said.

The Cook County medical examiner’s office has not identified the body.

Illinois State Police are leading an investigation into the incident.