Hart likes her coffee like her cakes: just so and on the decadent side.

No one could begrudge her that Monday after a car plowed into her store, Brown Sugar Bakery in the Park Manor neighborhood a day earlier.

The hit-and-run driver smashed through her front window in the early-morning hours Sunday, crashing into a walk-in freezer — a recent and expensive investment she said she’d "sweated" over for five months.

At some point Monday, after getting her coffee, Hart was heading to her store, home to her towering beauties — cakes swamped in glistening caramel or encrusted in chocolate frosting like swirling stucco.

"We want them to look like real food, not like hats," Hart said of her cakes. "You know how people make cakes to look like a shoe? I don’t want to eat a shoe."

Hart, who favors leopard print clothing and vintage glasses, said she has insurance for her freezer. She said she’s grateful no one was in the store at the time. A neighboring store has surveillance video, which Hart hoped to view later Monday. 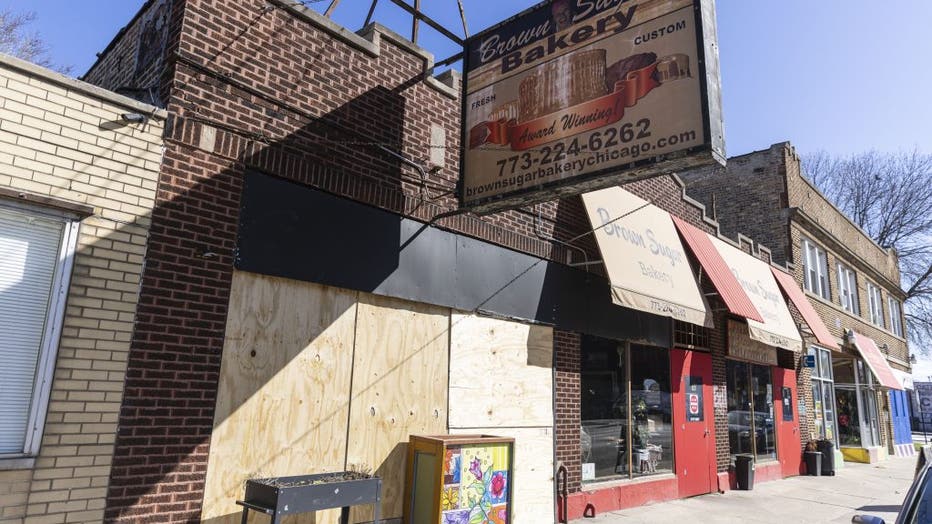 "I will wait and look at that camera today. I didn’t want to look at it yesterday. I had seen enough," she said.

The bakery opened on time Sunday, thanks, largely, to lots of volunteers and a quick police response, Hart said. The store is closed Mondays.

The Chicago Police Department said the incident is under investigation.

"It was so nice. The truth of the matter, yesterday, we had a bad accident and everything else went so smoothly. The police came — no waiting, they just showed up," Hart said. Ditto for the cleanup crews, she said.

"Hopefully, everything gets fixed today!" she said. "If it doesn’t all get done today, by the end of the week, we’ll be back to normal I’m sure."