The city of Arlington says a little boy became sick and died likely from something in the water at a city park splash pad.

ARLINGTON, Texas - The city of Arlington says a little boy became sick and died likely from something in the water at a city park splash pad.

The city admits that the splash pad and others were not properly maintained.

Arlington officials say the boy was infected with a rare, brain-eating amoeba, which was detected at the splash pad after the boy became sick and passed away.

The city also discovered that and other splash pads in Arlington were not properly maintained to prevent water from becoming contaminated.

Tarrant County and the city of Arlington received a notice the child was in the hospital in early September and launched an investigation that revealed there were multiple gaps in the city's water testing process.  The city then immediately closed down all splash pads.

But on Monday, it was dry.

"So now I’m like I have to keep an eye on him now," Cummings said. 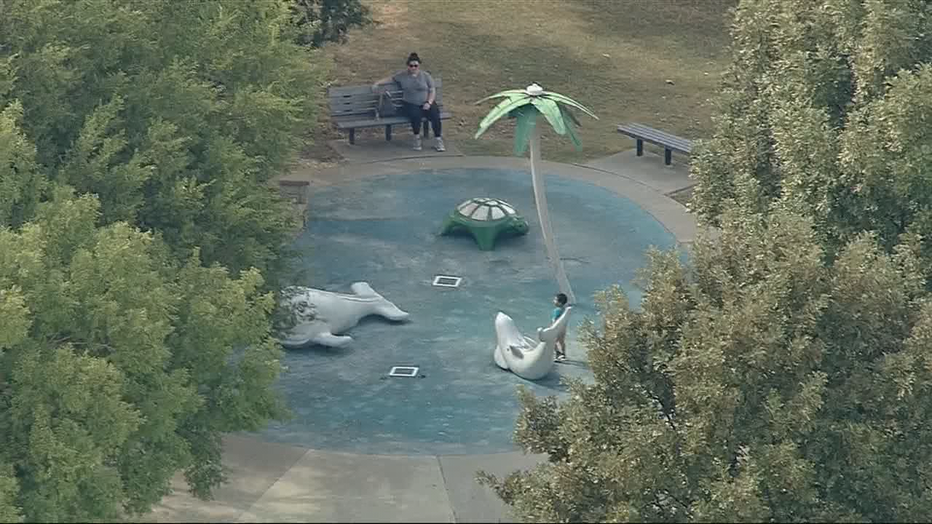 The city of Arlington admits human error could’ve led to a boy dying from a brain-eating amoeba after playing at a city splash pad.

"To know that there is a role that the city may have played in that is highly disturbing," said Lemuel Randolph, deputy city manager for the city of Arlington.

The boy's identity and age are being kept private.

But according to Randolph, the boy died on Sept. 11 after being hospitalized at Cook Children’s Hospital for a week.

After the child was infected, water samples sent to the CDC confirmed Don Misenhimer Park traced back as the source of the amoeba known as naegleria fowleri infection, including the pad’s underground storage tank and the pad’s surface nozzles.

The CDC says just 34 cases of naegleria fowleri infection have been reported in the U.S. from 2010 to 2019.

Jones says he’s seen four cases of the freshwater organism infection in his 40 years, calling it rare but fatal.

"Generally, unchlorinated water that has organic material, that is where you usually see it," he said.

The city of Arlington says parks and recreation employees did not consistently record, or in some cases, did not conduct required daily water quality testing at Don Misenhimer Park and the Beacon Recreation Center.

This inconsistency of the logs caused chlorine levels to be below the minimum requirement during the time frame the boy visited three times in late August and early September.

Randolph confirms employees involved will remain employed until the review process is complete.

"We have all the confidence through the testing that was done that there was no way that that water within the tank for the splash pad to get in the public water system," he said.

The city says the CDC cleared the city’s water system as safe.

Mayor Jim Ross, who just took office back in June, says he spoke to the grieving family personally and apologized.

"This is bad. Nothing is worse than the loss of a child. But I was raised to own it," he said.

The city confirms the child’s family has an attorney, but the city says it’s not aware of any current litigation

The city also says there are no other cases.

All splash pads in Arlington will be closed for at least the remainder of the year.