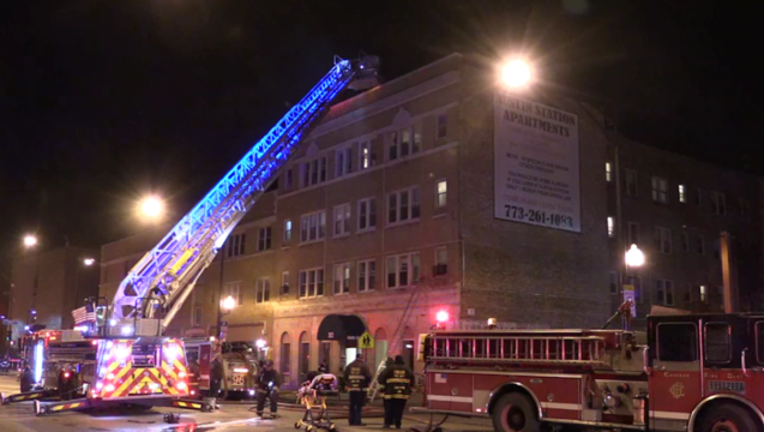 Crews responded just after 10 p.m. to the blaze that was contained to one room on the second floor of the four-story building at 312 N. Central Ave., according to Chicago Fire Department Media Affairs Chief Juan Hernandez.

The fire was put out by about 10:45 p.m. A man in his 50s was dead at the scene, Hernandez said. The Cook County medical examiner’s office has not released his name.

A firefighter who fell down an elevator shaft was taken in serious-to-critical condition to Mount Sinai Hospital, along with another firefighter who suffered minor injuries. Their conditions were stabilized, fire officials said.

Another person declined medical treatment at the scene.

The Chicago Red Cross was assisting with shelter more than two dozen people who were displaced by the fire.

The cause of the blaze is under investigation.