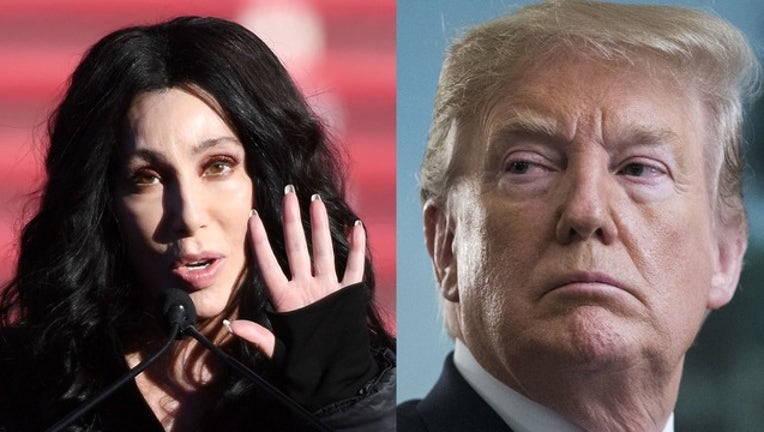 FOX NEWS - Cher is once again bashing President Donald Trump and giving some blunt advice to the Democratic Party for beating him in the 2020 election.

The “Turn Back Time” singer is never shy about voicing her political opinions on social media. The star’s Twitter has quickly become an all caps stream of consciousness about all things U.S. politics. She often directs her most charged and heated rhetoric directly at Trump himself, even prompting an occasional response.

On Wednesday, the 73-year-old took to Twitter to slam Democrats for using tools like social media to reach out to a Congress that she believes is too old and out-of-the-loop to understand its impact, citing their perceived mishandling of the Mark Zuckerberg testimony.

Later that day, she followed up the charged words with an assertion that beating Trump in 2020 is important to the future of America, and the ability to hold him accountable for his actions while president.

“ONLY IMPORTANT THING IS BEATING Trump‼️IF trump WINS 2ND TERM THERE’LL B NO🇺🇸‼️WE WONT B ABLE 2 EXACT PUNISHMENT,OR PUT HIM IN ⛓👴⛓4 GUTTING OUR GOV.trump PUTS RICH, CORRUPT,CRONIES IN CHARGE OF AGENCIES THEY KNOW NOTHING ABOUT,4💰.
IF DEMS LOSE THEY CANT CHANGE ANYTHING,” the “Hard Enough” singer followed.

While Cher typically reserves her criticism for Trump and Republicans, as the 2020 race gets closer and closer, she’s set her sites on Democrats as well. Earlier this month she took on 2020 hopeful Joe Biden over his stance reversal over the Hyde Amendment.

During his tenure in the Senate, and as recently as Wednesday, Biden had broken from his party's popular stance and expressed support for the amendment, which prohibits the use of federal funds to subsidize abortions except for cases of rape, incest or when a woman's life is endangered by a fetus, a notion with which Democrats take issue because of the potential impact on women in marginalized communities.

“Joe Made Major  Mistake‼️ Women Who Can Afford Abortion’s Should Pay,Those Women Who cant Pay should be offered FREE Birth Control,Plan B,Abortion Pill,& SAFE Abortion.WOMEN ARE THE FUTURE NOW‼️ DONT FK WITH US FELLAS,” Cher wrote.