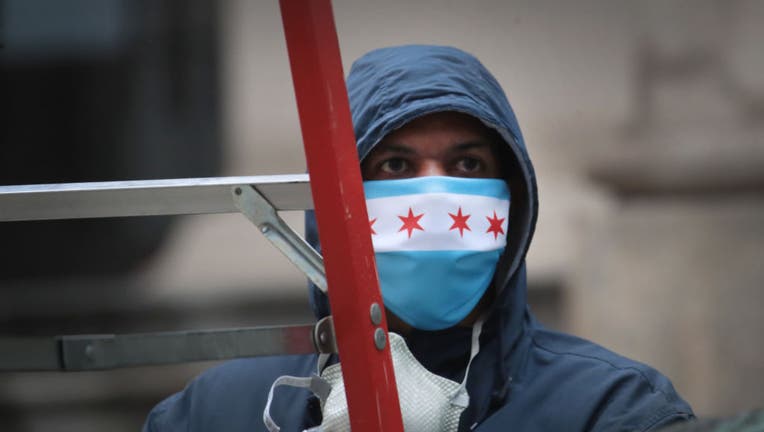 CHICAGO, ILLINOIS - APRIL 30: A worker watches as a mask with a depiction of the Chicago flag is placed on the lion sculptures in front of the Art Institute on April 30, 2020 in Chicago, Illinois. On May 1, the state of Illinois will begin requiring

CHICAGO - The Chicago Department of Public Health announced Tuesday that one more state has been added and two states have been removed from the city's travel quarantine list.

Alaska joins a list of 22 other states and territories on the order that require travelers entering Chicago to quarantine for 14 days. Georgia and Texas were removed from the travel order.

The city’s Department of Public Health Commissioner said the specific states listed are based on the rate of new confirmed cases per 100,000 residents.