A former Chicago Banking executive, Stephen Calk, was convicted Tuesday after trying to bribe his way into a White House job in the Trump Administration.

A former Chicago banking executive was convicted after trying to bribe his way into a White House job in the Trump Administration.

Stephen Calk, former chief executive officer of the Federal Savings Bank in Chicago, was convicted of bribery and conspiracy charges by a New York jury Tuesday. 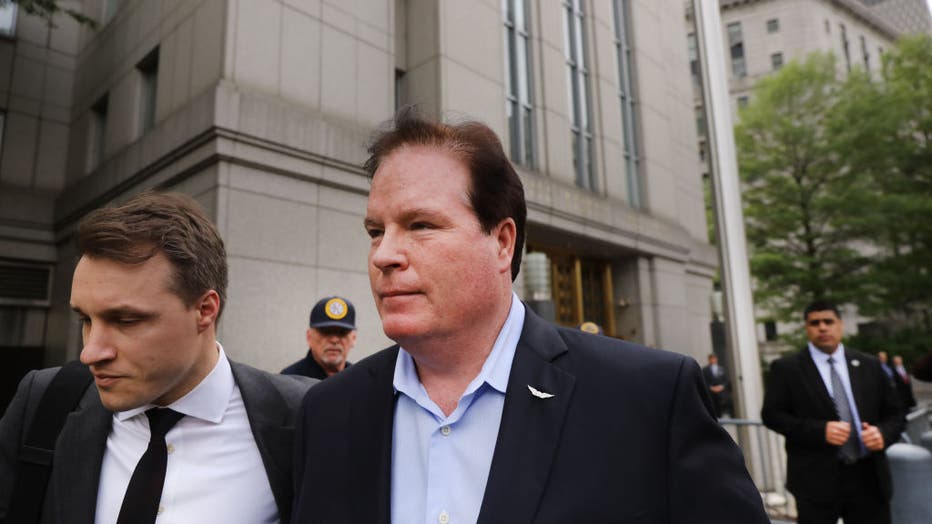 Stephen Calk walks out of a Manhattan court house after posting bail on charges of bribing former Trump campaign chairman Paul Manafort on May 23, 2019 in New York City. (Photo by Spencer Platt/Getty Images)

Prosecutors say Calk helped ex-Trump campaign manager Paul Manafort get $16 million in loans in exchange for an interview for a senior position in the administration.

Calk was formally interviewed for the position of under secretary of the Army in January 2017 at the Presidential Transition Team’s Manhattan offices, prosecutors noted.

Manafort allegedly lobbied Trump’s son-in-law, Jared Kushner, to consider Calk for Secretary of the Army, according to emails from the weeks leading up to the 2016 election shown to jurors at Manafort’s tax evasion and bank fraud trial in 2018.

However, Calk never got an administration position, though he did approve Manafort’s loans.

Calk was ultimately never offered a job, and the bank lost millions of dollars when Manafort defaulted on the loans.

Manafort was identified as a co-conspirator in the case against Mr. Calk, but he was not charged. He was, however, convicted of 10 felonies in 2018, including bank fraud related to the loans, in two cases brought by the special counsel, Robert S. Mueller III. His seven-year prison sentence disappeared last December when Trump pardoned him.

Calk is scheduled to be sentenced in January. He faces a maximum of 35 years in prison for the two charges.