Chicago building where porch collapsed will be demolished, city says

A West Side building where a porch collapsed this week – killing one man and injuring two others – will be demolished.

CHICAGO - A West Side building where a porch collapsed this week – killing one man and injuring two others – will be demolished.

"The Department of Buildings has determined that the building located at 3418 W. Jackson is not structurally sound and must be demolished. The department plans to work closely with the owners to determine a timeline for demolition and will continue to assist them as they recover from this tragedy," read a statement from the Buildings Department.

The collapse happened Tuesday around 4:15 p.m., killing 53-year-old Anthony Wright, and critically injuring two others who were on the porch at the time.

Mayor Lori Lightfoot said the family home was owned by a brother and sister who could not afford to maintain it.

"What we learned is that a sister and a brother who were living in the family home had fallen on hard times and were not able to keep up the upkeep of their property," the mayor said.

"As fate would have it, a truss at the top of the building failed. Part of the façade fell down as they were sitting outside enjoying the warm weather." 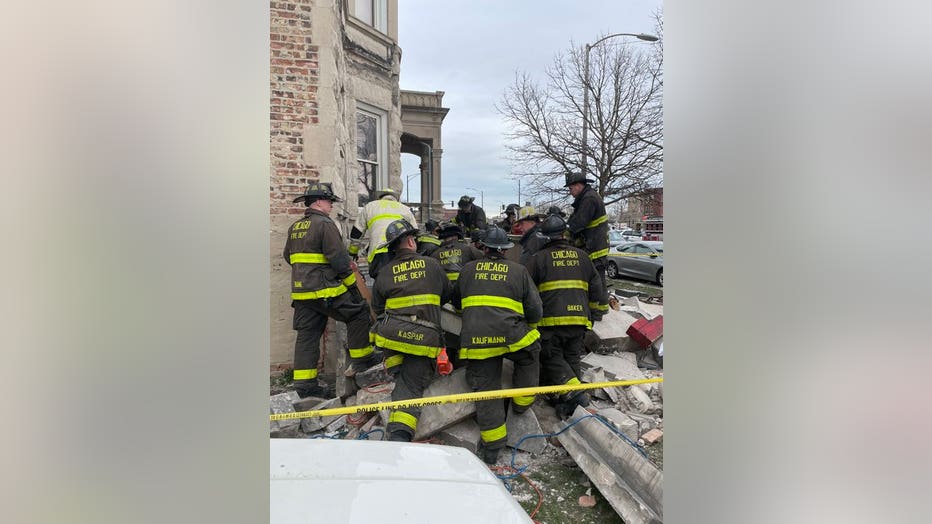 A man was killed and two others were injured in a porch collapse April 12, 2022, on the West Side. (Chicago Fire Department)

A 68-year-old man was taken in critical condition to Mount Sinai Hospital with "crush injuries." A third man, 32, was taken to Stroger Hospital with a broken left leg and injured back, officials said.

"If you know somebody on your block that owns their home and has some challenges with keeping up the maintenance, please reach out to me or someone on my team because there are resources available. We’ve got to keep Black folks in their homes," Lightfoot said.

The building is estimated to be about 100 years old. 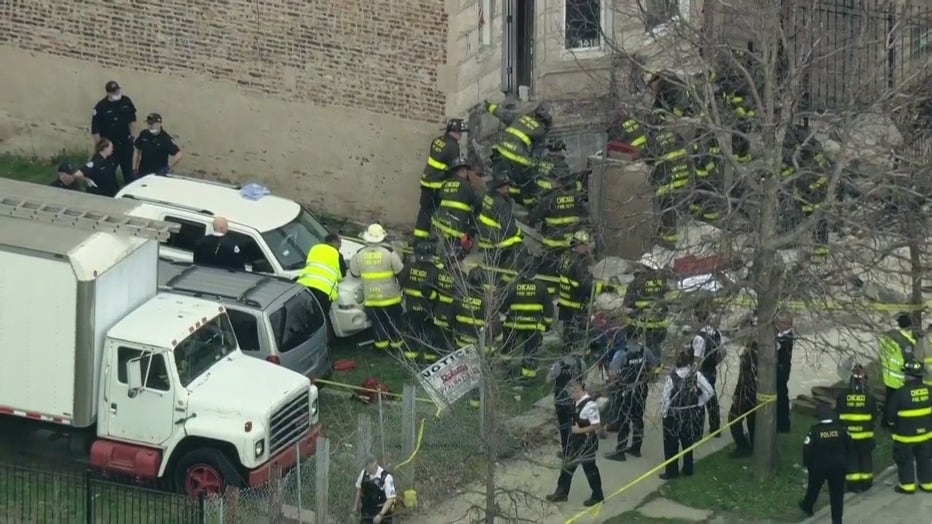 An online records search with Chicago’s Department of Buildings reveals that the structure failed an inspection in 2006 with one code violation. It passed a building inspection the following year in 2007.

Then most recently, in 2015, it failed another inspection – this time with 8 violations, including that it "failed to maintain the exterior walls of a structure."

Building inspectors from the city were on-scene Tuesday evening to investigate.