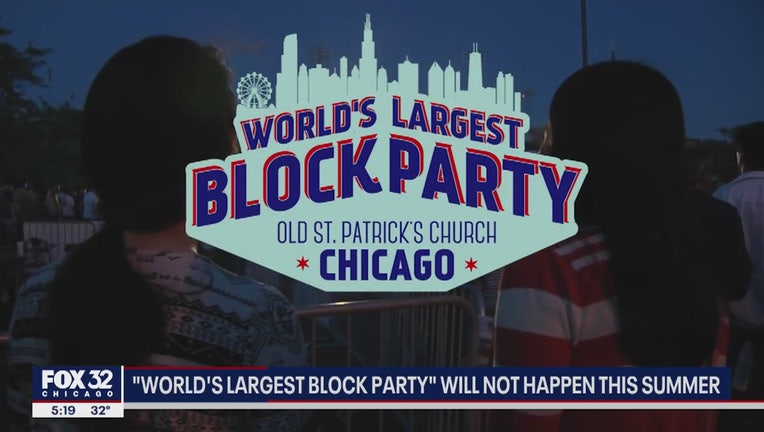 The 35-year-old, two-day festival of music and food drew thousands of people to the street west of Chicago’s business district on which Old St. Patrick’s Church sits.

Old St. Patrick’s pastor, the Rev. Tom Hurley, says in the letter the summer event environment in Chicago is more competitive than it was 35 years ago and more difficult for the 175-year-old church to navigate.

"We are grateful for where we have been and we are excited as we look to the future and starting to plan events, experiences and programs that reflect where we are going,’’ Hurley wrote.

In the block party's place, the church on March 14 will host what Hurley calls a "Shamrock’n the Block” party to celebrate St. Patrick’s Day. He says details on the party will be announced later.