The Chicago police officer who took a knee, to take a stand, spoke to FOX 32 News on Thursday.

CHICAGO - The Chicago police officer who took a knee, to take a stand, spoke to FOX 32 News on Thursday.

She knows by going public, she is taking a risk. But her support for the Black Lives Matter movement is so strong, she says it is worth it.

The woman in the now viral image seen kneeling knows she will face backlash, and possibly kicked out of her police union. But for her, a bigger issue is at stake.

"My thought process behind taking that picture at FOP is that I truly believe that black lives matter,” Carmella Means said.

Means has been a Chicago police officer for 25 years. In a now viral photo, she can be seen wearing her CPD uniform while kneeling and holding a sign that says “Black Lives Matter.” 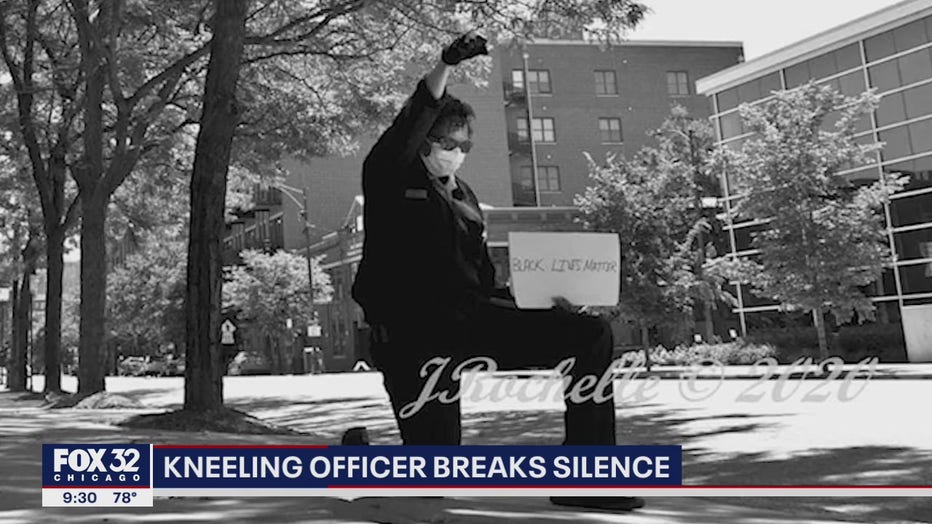 “Unfortunately for African Americans across the country, they are disproportionately subjected to improper and unlawful behavior by law enforcement,” Means said.

The image was captured in front of her union, the Fraternal Order of Police. Their president, John Catanzara, previously warned the membership.

"If you kneel, you will be brought up on charges and thrown out of the lodge,” he said.

Means says the photo captured Sunday was not a diss to the union.

"It's as a reminder to the FOP and the FOP leadership that they represent all members,” she said.

FOX 32 spokes to Catanzara on Wedneday and asked him directly if black lives matter. He responded saying all lives matter.

"My sister was married to a black man for 20 plus years. I have a niece and two nephews that are half black. I have dated black women. In this city, everything is racially tinged. To make this about race is disgusting,” Catanzara said.

CPD did respond to this story saying, "The event is currently being reviewed to ensure compliance with existing protocols."