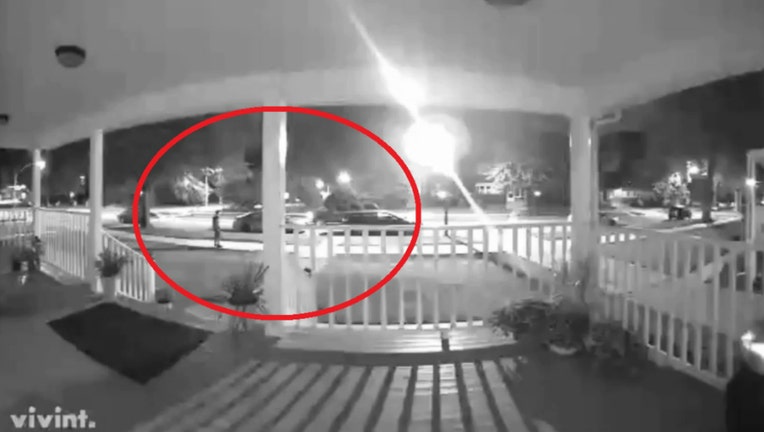 Surveillance video shows Riccardo Hayes moments before he was shot.

CHICAGO - A Chicago police officer was suspended Thursday for six months after authorities say he shot an unarmed, autistic teen in 2017 while off-duty on the city's South Side.

The Chicago Police Board voted to suspend Sgt. Khalil Muhammad during an evening meeting, the Chicago Sun-Times and Chicago Tribune reported. The action stemmed from the August 2017 shooting of Ricardo Hayes, then 18, and police initially described it as an armed confrontation.

The ruling followed an agreement by Muhammad to plead guilty to several departmental charges, including unlawful or unnecessary display of a weapon, disobeying an order and failing to perform a duty. The Civilian Office of Police Accountability, which recommended the suspension, found Muhammad was not justified when he fired the shots.

Surveillance video released last year by the accountability office shows Muhammad shooting and wounding Hayes. That contradicted the earlier police description of an armed confrontation and echoed devastating dashcam video evidence against a white Chicago officer who claimed Laquan McDonald tried to stab him before he fatally shot the black teen.

Before the shooting, Hayes can be seen running along the sidewalk then stopping. Muhammad pulls up alongside, with parked cars between them. Hayes takes a few steps toward him and Muhammad shoots the teen in the arm and chest. Hayes turns and runs, despite his wounds.

The sergeant's call to 911 after he shot Hayes also was released last year.

"The guy, like, he was about to pull a gun. Walked up to the car, and I had to shoot," Muhammad told a Chicago Fire Department dispatcher. But according to the lawsuit filed by Hayes and his family, the teen "was standing almost perfectly still, facing Officer Muhammad's truck, with his hands at his sides" when he was shot.

When the shooting happened, the police force was training officers on how to handle people with mental health issues. That training was prompted by a 2015 incident in which a police officer fatally shot a 55-year-old innocent bystander and teenager with a baseball bat who was suffering a mental health episode.