A man was shot and killed by Chicago police after allegedly lunging at a CPD sergeant with a knife Saturday in Vittum Park in Garfield Ridge.

CHICAGO - A man was shot and killed by Chicago police after allegedly lunging at a CPD sergeant with a knife Saturday in Vittum Park in Garfield Ridge.

Officers were called about 1:40 a.m. for reports of a possible person stabbed near 49th Street and Lavergne Avenue, according to a police source. When they arrived, they saw a man holding a “long, large butcher knife.”

In a statement, Chicago police said the suspect stabbed an officer in the protective vest before officers used a stun gun on him.

The suspect dropped to his knees before removing the prongs and lunging at the female sergeant, the source said.

Officers then shot the man multiple times, according to police. He was pronounced dead at the scene.

Police said three officers were taken to a hospital for observation, but no other injuries were reported. It was not immediately clear whether anyone was stabbed in the initial incident.

Chicago police spokesman Tom Ahern tweeted a photo of the knife, which he said was recovered at the scene. 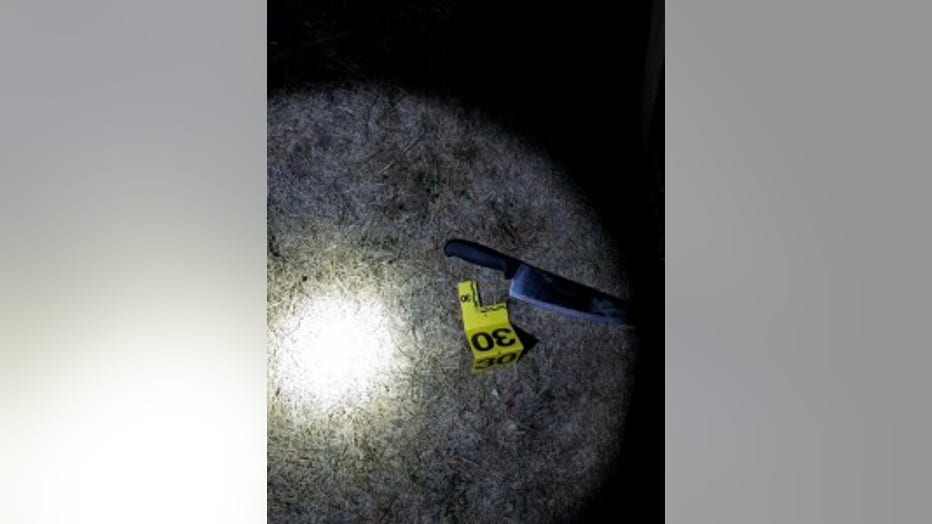 Chicago police said they recovered a knife from a person shot by officers Sept. 5, 2020, near 49th Street and Lavergne Avenue in Garfield Ridge. | Chicago police

Eaddy said COPA is “actively investigating the actions of the officers to determine if the use of deadly force is in accordance with Department policy.” The agency is canvassing the area for witnesses, third-party video and other evidence.

Police said the officers involved will be placed on administrative duties for 30 days while COPA investigates.