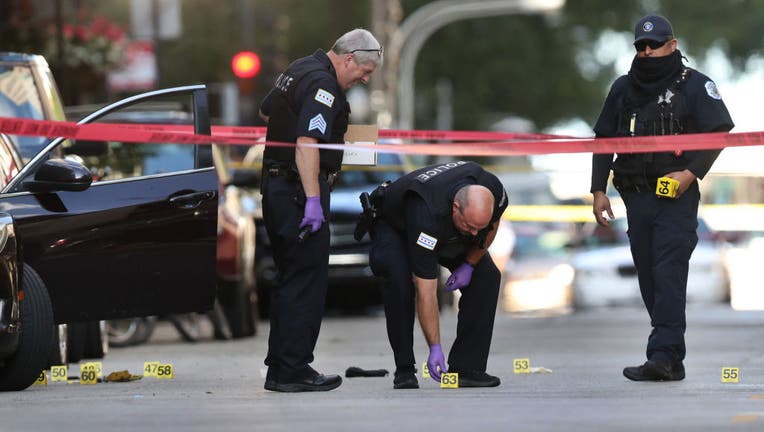 CHICAGO - Murders and shootings are up 52% from the same time last year in Chicago, a surge of violence that some are linking to the coronavirus pandemic and its economic fallout.

With more than three months remaining in 2020, there have been more homicides in Cook County, which includes Chicago, than in all of last year, according to a report.

The Cook County Medical Examiner’s Office reported Tuesday that there have been 677 homicides so far this year. That's nearly 200 more than during the same period in 2019 – putting the county on pace to top 900 for the first time since 2016 and only the fourth time in more than a quarter-century.

The vast majority of the 2020 homicides — 565 — occurred inside the Chicago city limits. The medical examiner’s office said all but 92 of the victims were shot to death, and that of the 677 homicide victims, 521 were Black and 102 were Latino.

"Facing illnesses, facing deaths, facing also the higher rates of unemployment and loss of income in our communities has also, unfortunately, played a role in the levels of violence we've seen throughout the year," Katya Nuques, executive director of a community organization in the predominantly Latino Little Village neighborhood, said Wednesday. "The pandemic really has highlighted the vulnerabilities our communities already faced."

Chicago has reported more than 75,000 cases of COVID-19 and nearly 3,000 deaths, with three in four deaths among people who are Black or Latinx, according to city data.

Police officials are urging increased community policing to control the surge in violence, much of which is occurring in a few neighborhoods on the city's south and west sides.

"If Chicago's going to be a safer city, reducing violent crimes to historical lows, it will be because of community policing," Police Superintendent David Brown said. "The best way to reduce crime is to prevent it from happening in the first place, and you do that through community policing – getting officers out of their cars and into the barbershops and salons and churches, and into the living rooms of our neighborhood where they are assigned."

But workers in the trenches fighting crime doubt anything substantive can be done.

"People are not trying to go in the house; they congregate on these blocks," said Demeatreas Whatley, of Cure Violence, an organization working in the South Side neighborhood of Grand Crossing.

"The way it is now, these guys, if they get word that three of their guys are getting tooled with on a particular block, they don’t care – they'll shoot the whole block up."