CHICAGO - Two Chicago juveniles have been charged after they crashed a stolen vehicle last weekend at a west suburban auto repair shop.

On Saturday, a Bellwood police officer stopped a stolen 2021 Kia SUV on Chicago's West Side, the DuPage County state’s attorney’s office said in a statement.

The occupants of the Kia fled the traffic stop before driving to Anthony's Collision Center in Villa Park, where they exited the stolen vehicle, the statement said.

One of the juveniles then allegedly broke into another vehicle at the business and crashed it into the Kia, prosecutors said.

The juveniles then got back into the stolen Kia and fled the scene, but were later detained by police on the West Side following a brief foot pursuit, the state's attorney's office said. 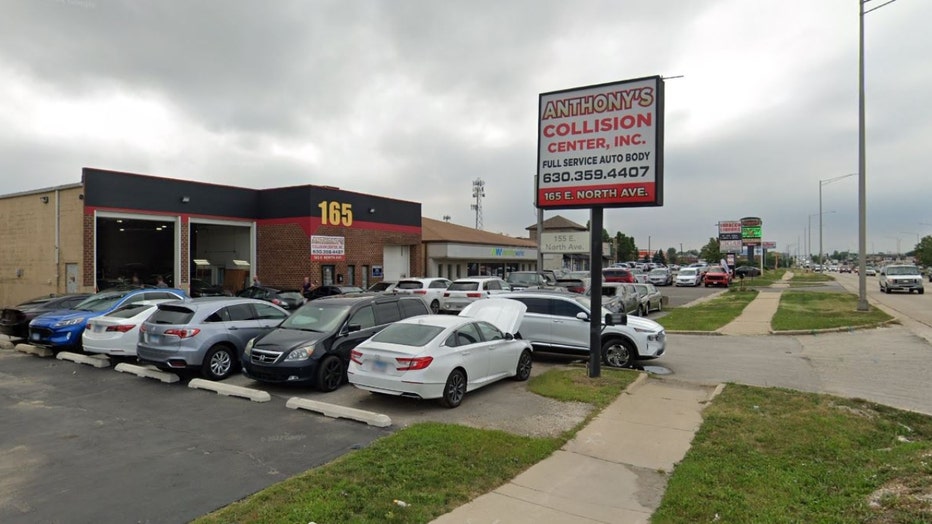 Two Chicago juveniles have been charged after they crashed a stolen vehicle last weekend at a west suburban auto repair shop. (Google)

"The allegations that these juveniles traveled to DuPage County, entered a vehicle from an auto repair shop, crashed that vehicle at the scene and then stole another vehicle show a complete disregard for the property of others as well as public safety and they will be held accountable," DuPage County State’s Attorney Robert Berlin said.

The juveniles were each charged with one count of possession of a stolen vehicle and were released to the custody of their parent or guardian until their next court appearances.

"We are not shocked by the ages of the alleged juveniles charged in this case. Stolen vehicles typically lead to more serious violent crime," Villa Park Chief of Police Michael Rivas said in a statement.

Anyone with information about the incident is asked to contact the Villa Park Investigations Division at 630-592-6110.