Chicago looting could put family-owned shop out of business: ‘We can’t handle this’

“It doesn’t really look like we are going to make it,” Mohammad Zahid said after his family-owned business in Chicago was looted.

CHICAGO - The looting in Chicago earlier this week came as a surprise to many, but Mayor Lori Lightfoot has called it a "planned attack."

One man who lives downtown and whose family business is downtown says he agrees it was well organized.

“It doesn’t really look like we are going to make it. There’s a lot of stores that say they are not coming back, just because this is something that has been ongoing,” Mohammad Zahid said.

His family business -- "The Find a Consignment Shop" -- was looted early Monday morning. It's located in a mall on Michigan Avenue.

Zahid stood in front of his store, asking looters politely to please move on.

“I was begging them. We are a small, family-owned store. We are minorities,” Zahid told the looters. “We can’t handle this if you broke into our store. And they complied, they listened.” 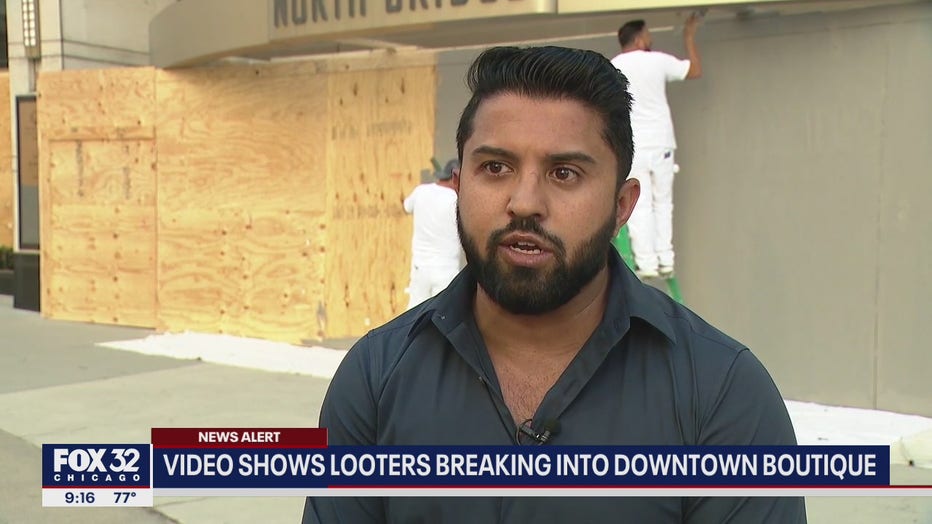 That worked for an hour, until police cleared the mall and he had to leave. Then, security cameras proved the family store was no longer off limits.

Crowds of people wiped clean their shelves of pricey handbags -- a total of $35,000 was gone.

Chicago Police Chief of Detectives Brendan Deenihan says of the more than 100 people arrested for looting earlier this week, 17 people have already been charged, most with felonies.

A new page on CPD’s website lists the arrests and highlights videos where police need your help to identify subjects involved. You can also submit a tip right from that page.

“Do the right thing,” Deenihan said regarding turning looters in.

Zahid says the looting at their store went on for hours. They went back at 7 a.m. on Monday and there was still looting going on. They doubt they will reopen.