On Tuesday at 6:30 a.m., Evanston police responded to a call of an attempted criminal sexual assault in the area of Clark Street and Orrington Avenue.

When officers arrived, they located the victim, a 27-year-old Northwestern student, and several witnesses.

Authorities said the initial investigation revealed that a man grabbed the victim from behind, threw her to the ground and attempted to remove her pants. 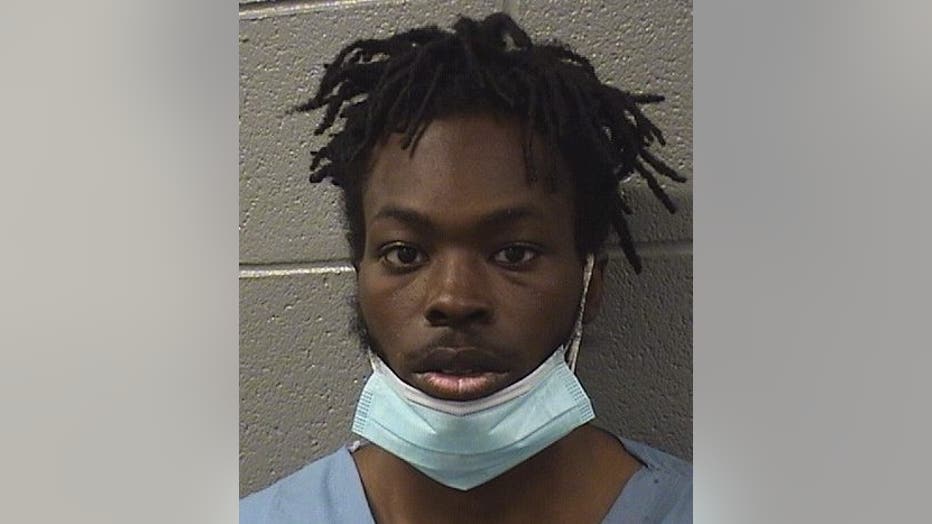 The offender then fled on foot.

The victim suffered minor physical injuries in the attack, according to police.

Video surveillance in the area captured the offender, who was described a Black male wearing a unique coat.

The coat was red, white and black with letters on the front that spelled "Gucci".

A photo of the offender was given to area law enforcement agencies, authorities said.

At About 12:25 p.m., Glencoe Public Safety responded to a well-being check of a male in the area of Dundee and Forestway.

Glencoe Public Safety observed the subject and determined he matched the description of the offender from the earlier incident, including the unique coat, police said.

Detectives responded and determined the subject, Huggins, was the subject in the surveillance footage.

Detectives took Huggins into custody, and conducted interviews of witnesses.

The next court date is May 26.