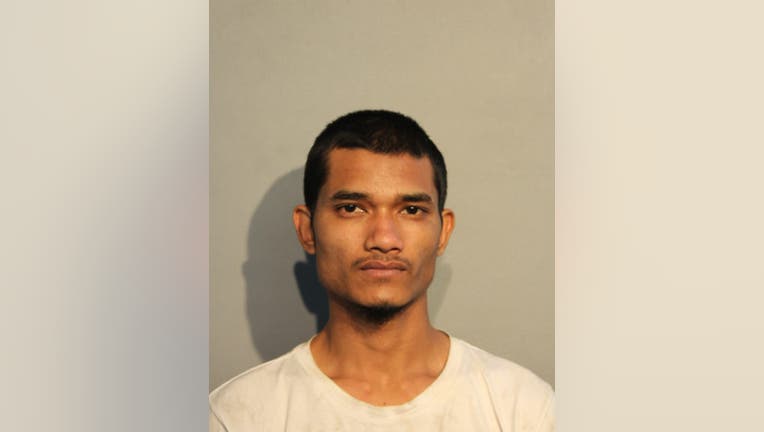 CHICAGO - A Chicago man is accused of attempting to lure a 12-year-old child in Chicago's West Ridge neighborhood earlier this week.

On Monday, Rashid allegedly attempted to lure a 12-year-old child who was walking in the 2600 block of West Bryn Mawr, police said.

He was arrested on Tuesday. At the time of his arrest, he was located inside a stolen vehicle and allegedly in possession of items taken in two theft incidents that occurred in the 5000 block of North Clark and the 5400 block of North Winthrop on May 7.