The family of a grandmother killed by a security guard's stray bullet is now suing the businesses who employed the guard.

CHICAGO - A 47-year-old Chicago man has been charged in connection with a shooting that left a 55-year-old grandmother dead, and a security guard wounded in the Bronzeville neighborhood earlier this month.

Elbert Duncan was arrested on Monday after he was identified as the suspect who shot and wounded Victor Brown, a 34-year-old male security guard, in the 200 block of East 35th Street, according to Chicago police.

At about 4:12 p.m. on Feb. 1, Chicago police said Brown was on the sidewalk when he got involved in a verbal altercation with an unknown male offender, now believed to be Duncan.

Duncan allegedly pulled out a gun and fired shots at Brown, who was struck in the right leg, police said. Brown drew his own gun and fired back, then continued firing from a gun he took from a concealed carry holder, police said. 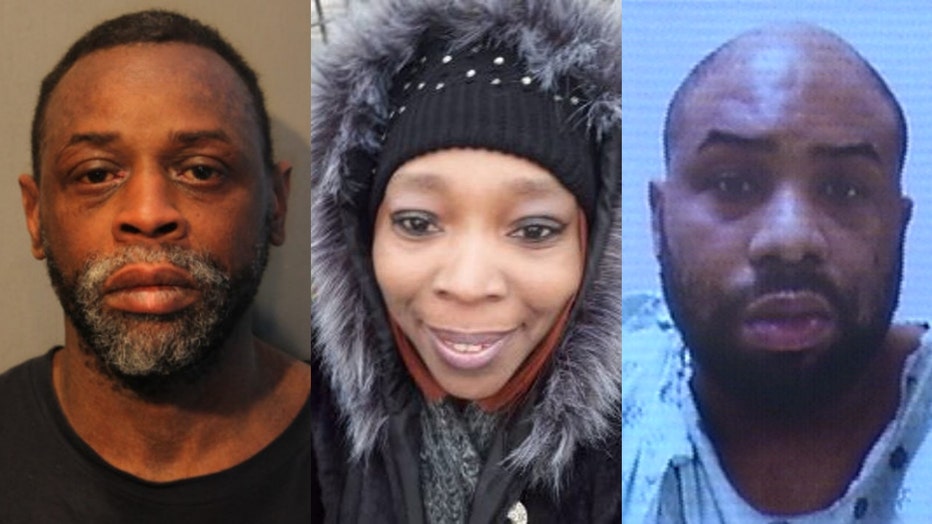 During the exchange of gunfire, 55-year-old Bobbye Johnson was shot in the chest by Brown as she walked to a bank four blocks away, according to prosecutors. She was later pronounced dead at a local hospital, police said.

Cook County prosecutors said after he was shot in the leg, Brown wildly fired more than 20 rounds during the shootout with no regard for who else could be hurt. He now faces a first-degree murder charge in Johnson's death.

A security guard wildly fired more than 20 rounds on a busy street without regard for who else could be hurt after he was shot in the leg during a confrontation with another man earlier this week, Cook County prosecutors said in court Friday.

Police said Brown and Duncan had previously gotten into an argument outside Wood’s Food & Liquor on the block.

He was given 100 days in Cook County Jail on the first case, and six years in the Illinois Department of Corrections on the other.

Duncan faces one felony count of aggravated battery with a firearm. He was due in bond court on Tuesday.