Man claims his dog was abused at Chicago facility

A Chicago man claims his dog was abused at a dog training and boarding facility.

CHICAGO - A Chicago man claims his dog was abused at a dog training and boarding facility.

"You feel responsible because you left him," said Robert Ruzecki. He adopted his beloved pup Rocky from a shelter five years ago.

When his regular boarder couldn’t take Rocky, he says he was forced to board him at the Chicago Canine Academy, near his home. The facility charged him $500 up front for Rocky’s five-day stay.

While he was away, the facility posted a video of Rocky on their Facebook page without Ruzecki’s permission. In it, the Academy owner can be heard saying, "Dog owners make excuses for behavior that we have to fix and our fix looks tough because this guy's trying to bite us."

Ruzecki says his dog has never tried to bite him or any other dogs or humans.

Before he returned from his trip, he called to check on Rocky and got an earful from the facility owner.

"He goes, well your dog's an (expletive). And I said excuse me, my dog what?... He said I have to train it. And I said stop. I never once asked you to train it. I never gave you permission to touch him. I said, don't f-in touch my dog any longer. Period," said Ruzecki.

Before he could return home, he phoned the Academy again. He says the owner told him Rocky was hurt, but wouldn’t explain why, then added he’d pay the veterinarian bill.

Immediately after landing, Ruzecki said he picked up Rocky and found a contusion on his neck and a bump on his head. 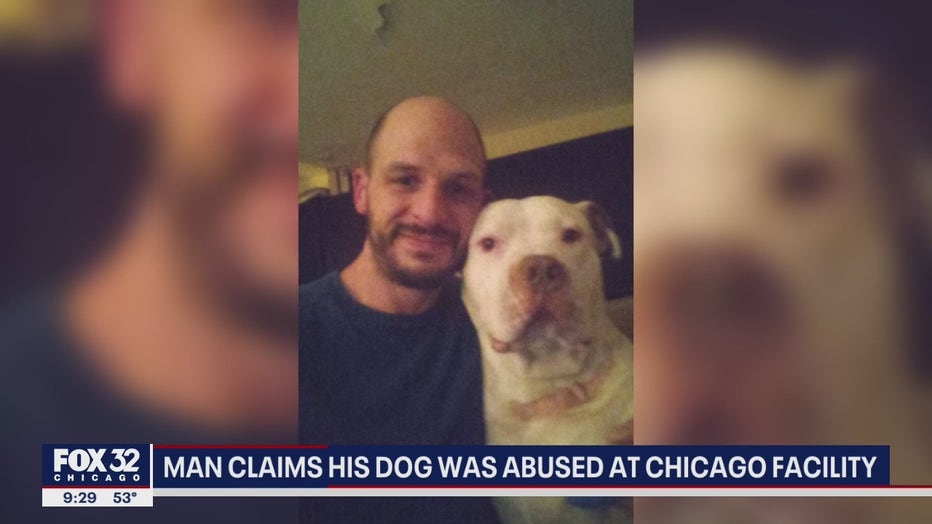 "When I picked Rocky up, Rocky came out screaming and crying. You could see the tears in the eyes," he said.

According to the veterinarian, Ruzecki says the bumps were from being hit. In addition, the dog’s neck wound had become infected. The Chicago Canine Academy owner paid the veterinarian bill, which was more than one-thousand dollars.

Then, Ruzecki filed a police report.

The Chicago Canine Academy has an A+ rating from the Better Business Bureau. They hold a license from the Illinois Bureau of Animal and Health Welfare and according to the agency, there are no complaints on file.

When looking for a responsible boarding facility, animal advocate Susan Taney of Lost Dogs Illinois said, "I would get on Nextdoor or Facebook and ask who you'd recommend. And ask why they'd recommend them."

She suggests visiting the kennel unannounced and asking for a tour. She advises owners look for cleanliness, a security and fire alarm system, live cameras, see if the temperature is comfortable and ask where they store their chemicals.

"Do they have someone who stays on site or if they don't, how do they monitor the facility?" she said.