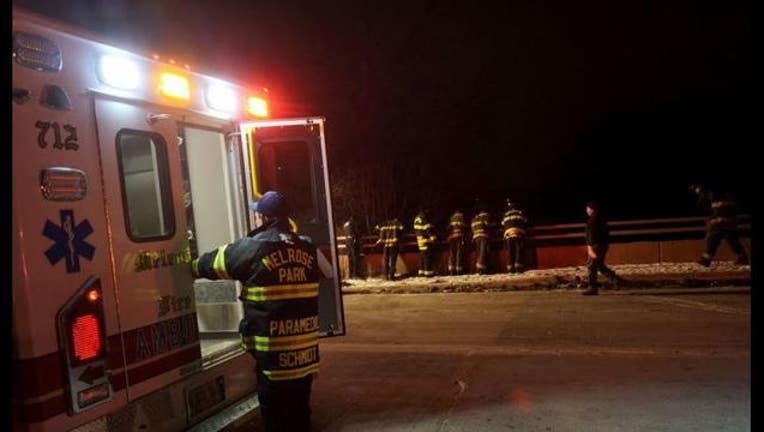 A man was injured when he jumped off a bridge early Sunday while eluding a police officer in Melrose Park. | Chicago Sun-Times/Justin Jackson

SUN-TIMES MEDIA WIRE - A Chicago man broke his back when he jumped off a bridge to evade police early Sunday morning in west suburban Melrose Park.

The man drove off about 1 a.m. when officers initiated a traffic stop on South 1st Avenue about a mile north of the Maywood border, according to Melrose Park police. An officer followed his vehicle until it crossed into the neighboring suburb.

The officer then circled the area in Melrose Park where he initially attempted to make the stop, police said. The officer ultimately saw the vehicle parked at the intersection of 1st and Chicago avenues and approached the driver, who got out of the vehicle and jumped off a bridge into the frozen Des Plaines river.

Tamar Green, 22, broke his back during the fall, police said. He was taken to Loyola University Medical Center in Maywood, where he was listed in good condition.

He was charged with aggravated reckless driving, fleeing and eluding police and driving with an expired registration and suspended driver’s license, police said.