CHICAGO - A Chicago man who was out on bond for an armed robbery is accused of robbing a Verizon store in Hinsdale earlier this week.

Stephon Little, also known as Isa Al Ahad, 29, has been charged with two counts of armed robbery and one count of possession of a stolen motor vehicle.

At about 7:56 p.m. Thursday, an employee at the Verizon Wireless store located at 34 East First Street was closing for the night, when an offender, later identified as Little, entered the business from the rear public access door, prosecutors said.

Little allegedly told the employee "Come on" multiple times — indicating that he wanted merchandise from the store.

Little then allegedly forced the employee at gunpoint to load 60 Apple products into a bag — including iPhones, iPads and Apple watches.

Prosecutors said Little told the employee to go to a bathroom and wait five minutes before exiting. 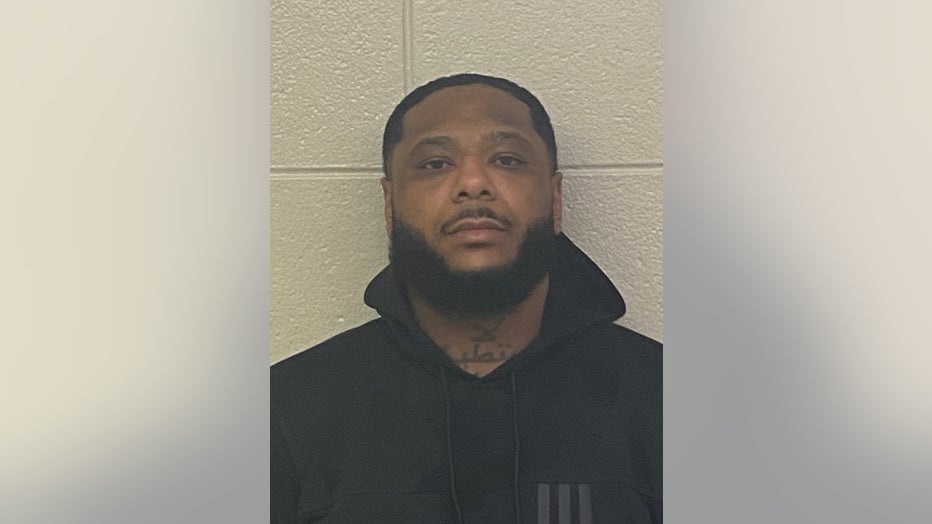 While the employee was in the bathroom, Little allegedly fled the scene in a car that was reported stolen out of Chicago.

The employee called police, and with the help of an Illinois State Police airplane, the Hindsale Police Department was able to track the suspect to a location in Ford Heights.

Authorities located Little and he was taken into custody without incident.

A search warrant of Little’s car allegedly found a loaded .45 caliber handgun with one bullet in the chamber, prosecutors said.

"Once again, with the denial of bond for a violent crime allegedly committed in DuPage County, the message is simple, if you commit this type of violent crime in DuPage County, you will be caught, charged and face serious consequences," said DuPage County State’s Attorney Robert Berlin. "I commend the Hinsdale Police Department for their swift response as well as the Cook County Sheriff’s Office and the Ford Heights, Markham, Burr Ridge and Clarendon Hills Police Departments for their collaborative efforts in combating violent crime. I also thank the Illinois State Police and Director Brendan Kelly for the air support they provided. I thank Assistant State’s Attorney Grace Barsanti for her efforts in preparing a strong case against the Mr. Little."

Little's next court appearance is scheduled for June 23.