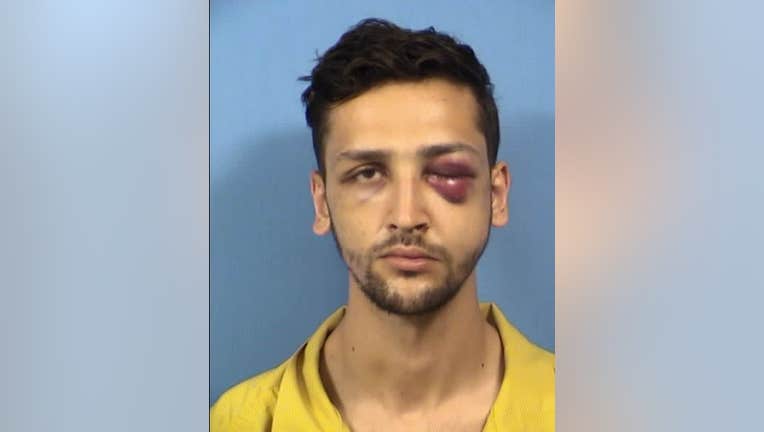 NAPERVILLE, Ill. - A Chicago man who was out on probation was denied bail Sunday after he allegedly broke into a Naperville home where his ex-girlfriend was visiting, fought with residents and smashed the windows of two vehicles.

Adam Stone, 24, was on probation after pleading guilty to aggravated domestic battery charges in Cook County.

On Saturday around 4 a.m., Stone went to a residence on Smokey Court where his ex-girlfriend was visiting, broke a basement window and entered the home before fighting with residents inside, according to the DuPage County State's Attorney's Office.

Stone was eventually forced out of the house. He then allegedly threw a brick through the windows of two vehicles parked in the victim's driveway, prosecutors said.

Stone was charged with home invasion causing injury and three counts of criminal damage to property.

"Naperville residents have an expectation and a right to feel safe and secure in their community, and that is especially true within their homes," Naperville Police Chief Jason Arres said in a statement. "The Naperville Police Department takes these breaches of safety and security very seriously. The fact that this crime was allegedly committed by an individual out on probation makes this breach of safety that much more concerning. Thankfully, none of the victims were seriously injured during this incident."

Stone's next court appearance is scheduled for Friday.