A Chicago man is accused of stabbing a man, who was on his way home from work in the Loop last week.

CHICAGO - A Chicago man allegedly admitted to participating in the stabbing death of a 41-year-old man who was on his way home from work in the Loop last week. 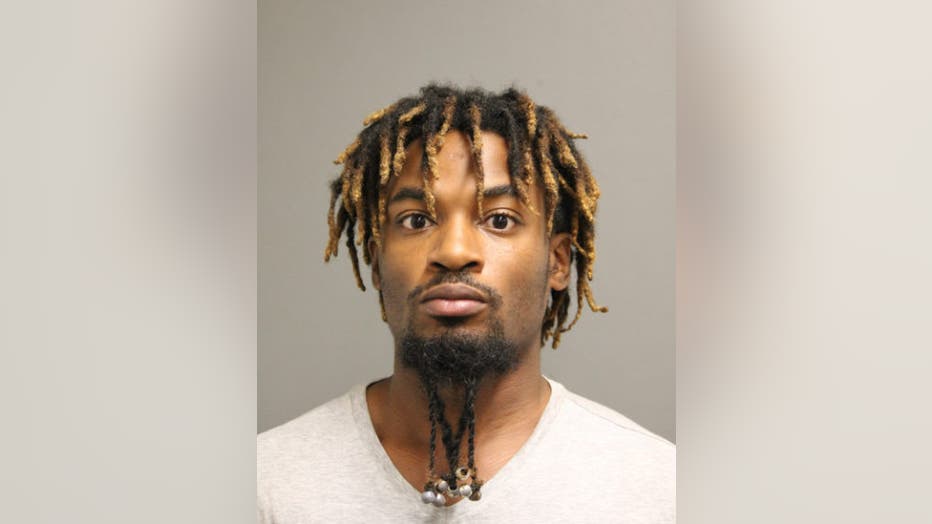 According to Chicago police, 41-year-old Michael Byrnes was on his way home from work in the 400 block of South LaSalle on Sept. 6 when he was robbed and stabbed.

During a bail hearing Wednesday, prosecutors said Byrnes left the restaurant he managed around 10:55 p.m. and went to catch a train at the LaSalle/Van Buren stop, 121. W. Van Buren St. Surveillance footage then shows Rawls and another person approach Byrnes.

After hitting Byrnes in the face and chest and knocking him to the ground, Rawls and the other person briefly walked away, prosecutors said. They returned and began dragging Byrnes as Rawls kicked and swung at him.

Rawls then pinned Byrnes to a pillar at the station while the other attacker stabbed him in the upper body, prosecutors said. A witness called 911 after hearing "grunting noises" and watching the two run south on LaSalle after committing what she thought was only a robbery.

Byrnes was rushed to Northwestern Memorial Hospital and pronounced dead from stab wounds to his neck, chest and back.

Detectives reviewed video that showed Rawls and the other person jumping into a Monte Carlo registered to Rawls, prosecutors said. Video and license plate readers were used to track the car to his home in Washington Park, where Byrnes’ phone pinged and was discovered in an alley.

Two officers who had stopped the car in July were able to identify Rawls, who they remembered from his "unique goatee" with beads, prosecutors said. He was further identified by his girlfriend’s sister, who had been living with the couple since June.

During a news conference Wednesday at police headquarters, Chief of Detectives Brendan Deenihan said Rawls’ accomplice has been identified but remains at large. Deenihan wouldn’t say whether a warrant has been issued for his arrest.

When Rawls was taken into custody on Monday, he still had the distinctive goatee and a cast on his arm that was seen in the surveillance footage, prosecutors said. He told investigators he was fitted with the cast after being shot.

After first denying that he was involved in the attack, Rawls confessed to stealing Byrnes’ phone and cash when he was presented with some of the evidence, prosecutors said. He then cast "most of the blame" on his accomplice, but eventually admitted to striking Byrnes and holding him up during the stabbing.

Rawls wasn’t remorseful and insisted to investigators that Byrnes "should not have fought back," noting that if he had "just laid there, then he might still be alive." He has no criminal history, prosecutors said.

He was ordered held without bail at the prosecutors’ request. His next court date was set for Oct. 3.